An Excerpt from Pit Bull: The Battle Over an American Icon. By Bronwen Dickey

However a person felt about bulldogs, it was clear by the mid-nineteenth century that he or she felt it strongly. The people who chose bulldogs as companions loved them with everlasting devotion, while those who looked down on the dogs and their people could not be talked, reasoned, or wheedled out of their contempt. More often than not, however, respect and grudging admiration for the bulldog, if not love, won out. 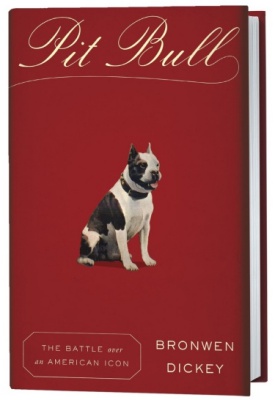 There are no records that confirm exactly when, why, or to what extent, but around 1800 the owners of bulldogs began crossing them with now-extinct strains of terriers to produce a more agile dog for badger hunting, dogfighting, and rat killing. Terriers were considered smarter and more socially respectable than bulldogs, so this cross was thought to have a “civilizing” influence. Within a few years, English men and women from all backgrounds were keeping bull-and-terrier dogs in their homes. Working men still called them “bulldogs,” as the physical shape of the animal did not change much, but gentlemen insisted that no, these were bull terriers, and they had nothing in common with those other dogs. Thus the “bull terrier” became known as “the handsomest and best of all terriers, and the dog, par excellence, for a gentleman’s pet and companion, both in and out of doors.”

“Such is the fancy for this dog at present,” another writer noted in 1829, “that no man of the ton [sic], particularly in London, can be seen on a morning walk or ride without one of them either at his own heels or those of his horse.” He added, “It is to be lamented that the services of this excellent dog … are too often misapplied.” A correspondent for a New York newspaper crowed, “Of all the dogs which the Englishman possesses and breeds, give me the bull terrier for a companion, for it is in him alone that pluck, intelligence, an excellent nose, speed, and devotion to his master are all combined.” 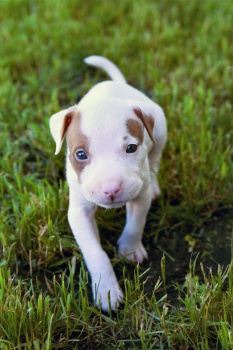 The eminent art critic John Ruskin and the Scottish novelist Sir Walter Scott added their voices to the growing crowd of bull terrier devotees. “I hate … seeing a bulldog ill-treated,” Ruskin wrote, “for they are the gentlest and faithfullest [sic] of living creatures if you use them well. And the best dog I ever had was a bull-terrier, whose whole object in life was to please me, and nothing else.” Scott, whose fiction features finely wrought canine characters, acquired his crop-eared “bulldog-terrier,” Camp, right around the time of his marriage in 1797. Camp would become the novelist's most treasured companion for the next twelve years. “He was of great strength, and very handsome, extremely sagacious, faithful and affectionate to the human species,” Scott wrote of his friend. The dog was also “possessed of a great turn for gaiety and drollery. Although he was never taught any tricks he learned some of his own accord, and understood whatever was said to him as well as any creature I ever saw.” 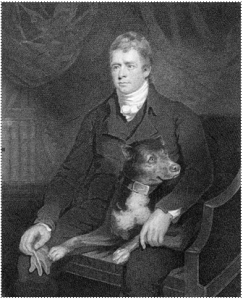 Engraving of Sir Walter Scott and Camp by James Heath, 1810

The entire Scott household admired Camp for being “gentle as a lamb among the children” – who, being children, were not always gentle to him. Camp was famously jealous, however, and shot daggers at Scott’s greyhounds, Percy and Douglas, if ever they tried to enter the house library, where Camp liked to position himself at the writer's feet. When Camp grew too old and frail to follow Scott out riding, one of the servants would alert the dog to his master's approach. Camp would then shuffle a ways up the footpath to meet Scott on his horse, proudly walking him the final distance home.

Never did Scott's daughter Sophia see the man as gutted as when Camp died in 1809. Years later she recalled that her father chose a spot just outside his office window for Camp's grave and smoothed the turf with his own hands under the moonlight. 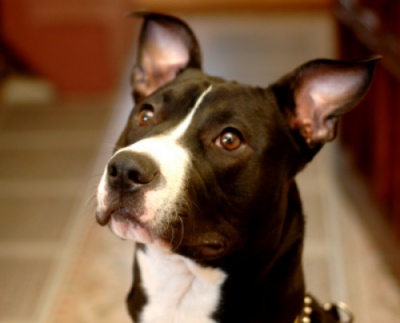 Scott admitted to friends that the depth of his grief embarrassed him a little and that he didn't quite know what to make of it. All this, for a dog? He confided in one letter, “[Camp] has made a sort of blank which nothing will fill up for a long while.”

That dog pit in Sportsman's Hall was located at the end of a dark, narrow passageway that joined it to the main bar area, where Kit Burns served homemade whiskey to a raucous mob of fellow gang members, prostitutes, pimps, sailors, dockworkers, pickpockets, opium fiends, laudanum addicts, cardsharps, and street hustlers, as well as a few brave souls from uptown.

31,490,500 pieces of kibble have been donated so far in May.View our site totals and read our FAQ