Who can resist holding a fluffy kitten?!

When baby Bruce, a newborn kitten, was found by rescuers, he was this tiny gray ball that could easily fit inside the palm of your hand. His eyes hadn’t even opened yet.

The tiny kitten was hiding a secret that would shock his rescuers. His new humans happily took care of him around the clock. 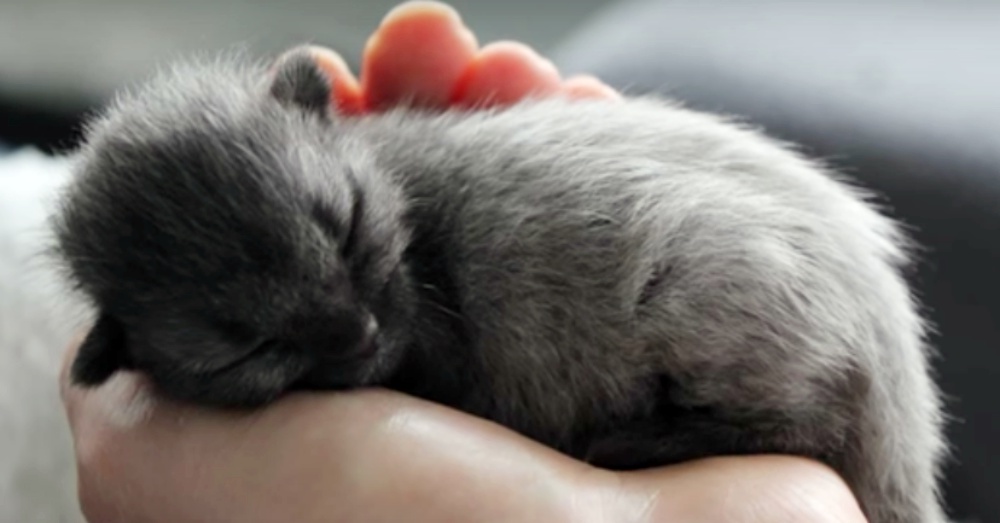 Within a few weeks, his eyes opened and they were a gorgeous shade of blue. They looked stunning against his gray coat. 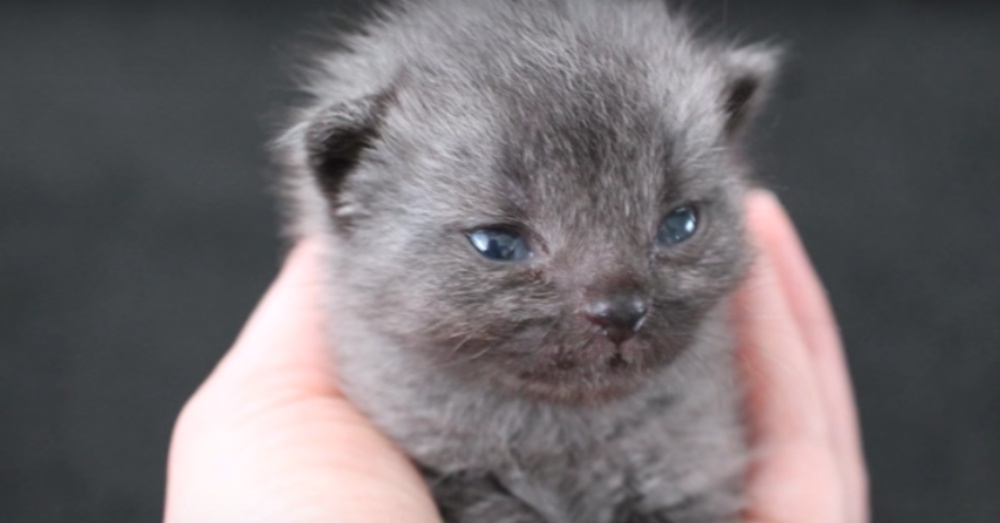 But then, strangely, Bruce’s gray fur began to change color. Hmmmm. His new humans had no idea what was going on! Their once gray kitten was becoming another color entirely. And they had no idea why! 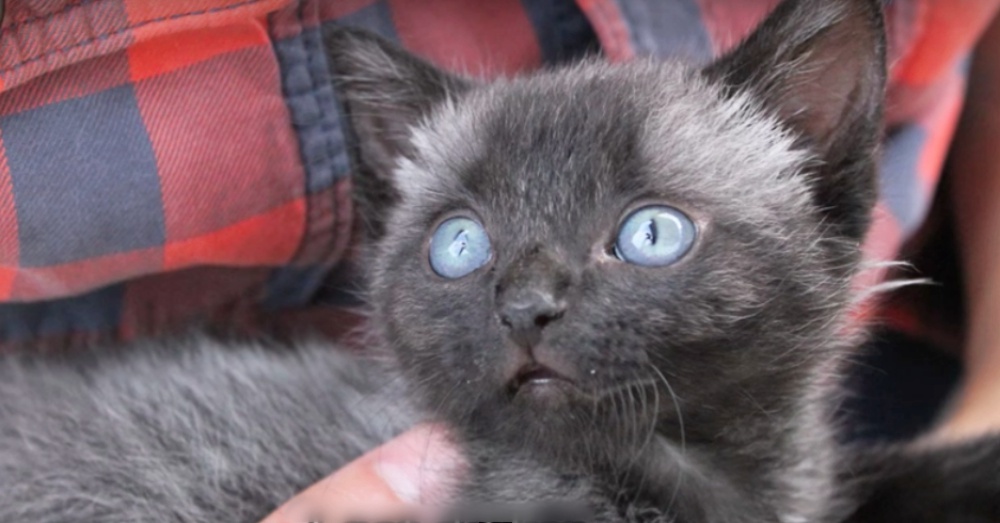 What was happening? Bruce got darker and darker as the days went by. The once tiny all gray cat developed darker patches… 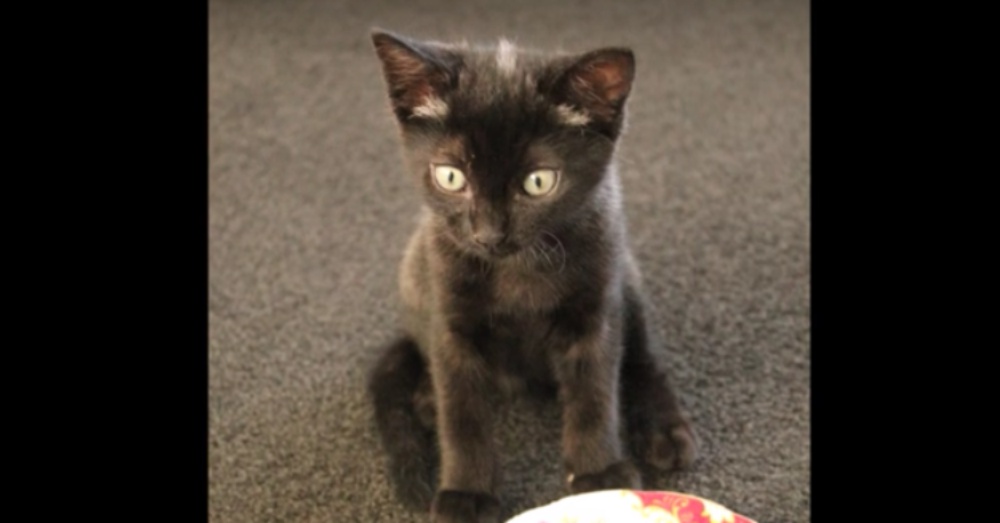 Bruce’s humans brought him to the vet and asked what was happening. They had been around kittens before and this was quite strange. Well, it turned out, Bruce had something called a “fever coat.”

A kitten can be born with a fever coat if the mother is sick or stressed. Bruce’s light fur was an indication that his mama went through an ordeal. Poor mama! His humans were so grateful that Bruce was healthy in spite of his mama’s challenges.

Bruce continued to change. The darker patches got even darker! And before their very eyes… Bruce became a gorgeous black cat!

Now Bruce is a LUCKY black cat that they totally adore! 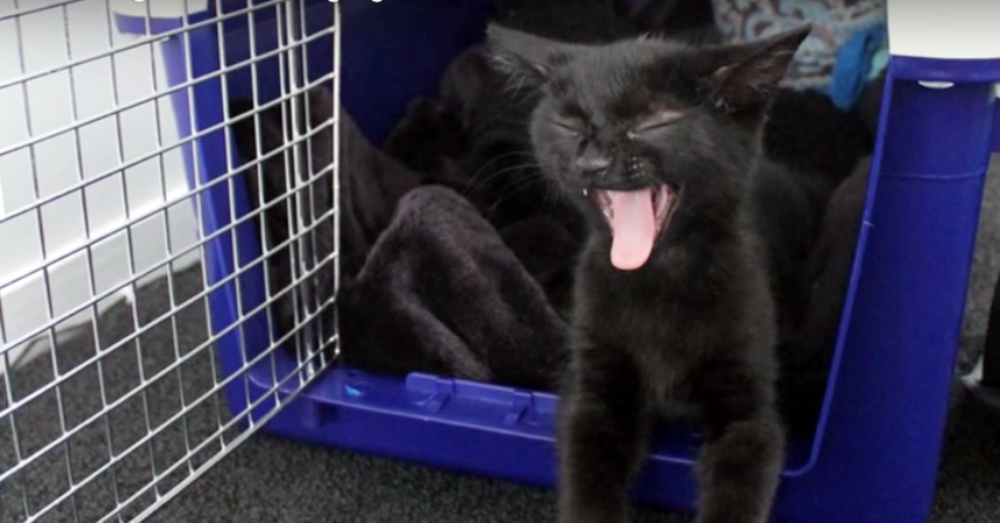 See Bruce’s color changing adventure in the video below!

28,678,370 pieces of kibble have been donated so far in January.View our site totals and read our FAQ