When snow starts falling, even humans can be a little reluctant to go outside and investigate. If you’re a cat that has never stepped foot on it before, you can be forgiven if you’re also a little hesitant.

That’s what happened when Tex the Bengal cat walked out in several inches of snow for the first time at his Denver home. His brother Blue, another Bengal with whom Tex’s life is documented on the Instagram page @vintage303, was a seasoned pro at the whole thing. He already knew what to expect, having ventured out in winter before. On video, he can be seen hanging back as Tex starts out into the winter wonderland. 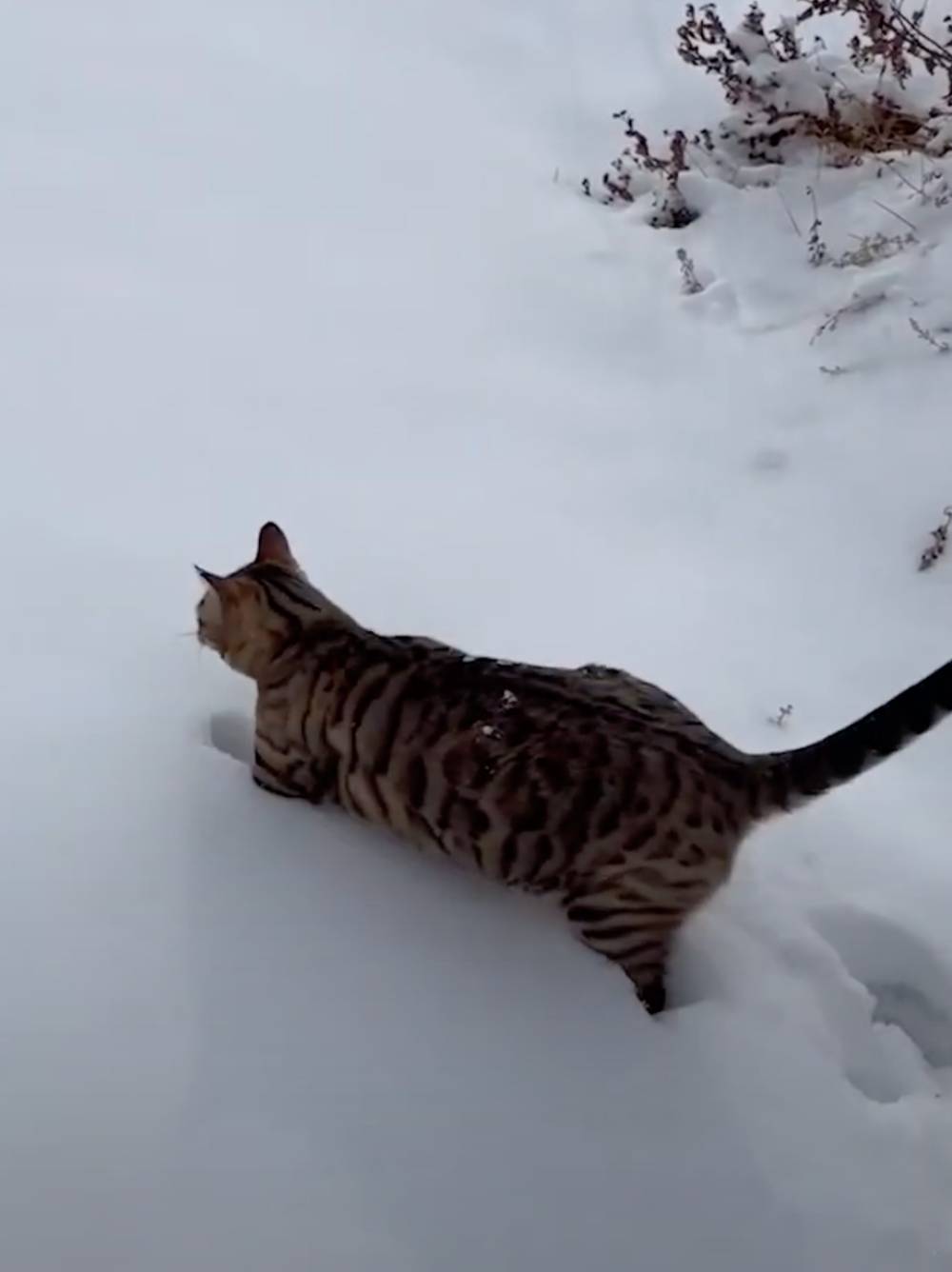 The inquisitive Tex starts the video by taking a few steps out before doubling back. Who can blame him? We often reconsider going outside in the winter, even when we’re bundled up in a dozen layers. He decides to venture forth, though, after briefly consulting with Blue with a look that says, “What is this?!”

As Tex gradually tiptoes out onto the snow, his mom encourages him to investigate further. Slow steps turn to somewhat faster ones as he gets used to trudging through the piles of wintry precipitation. He gets the hang of it, expertly placing his back paw where his front has already left a footprint. 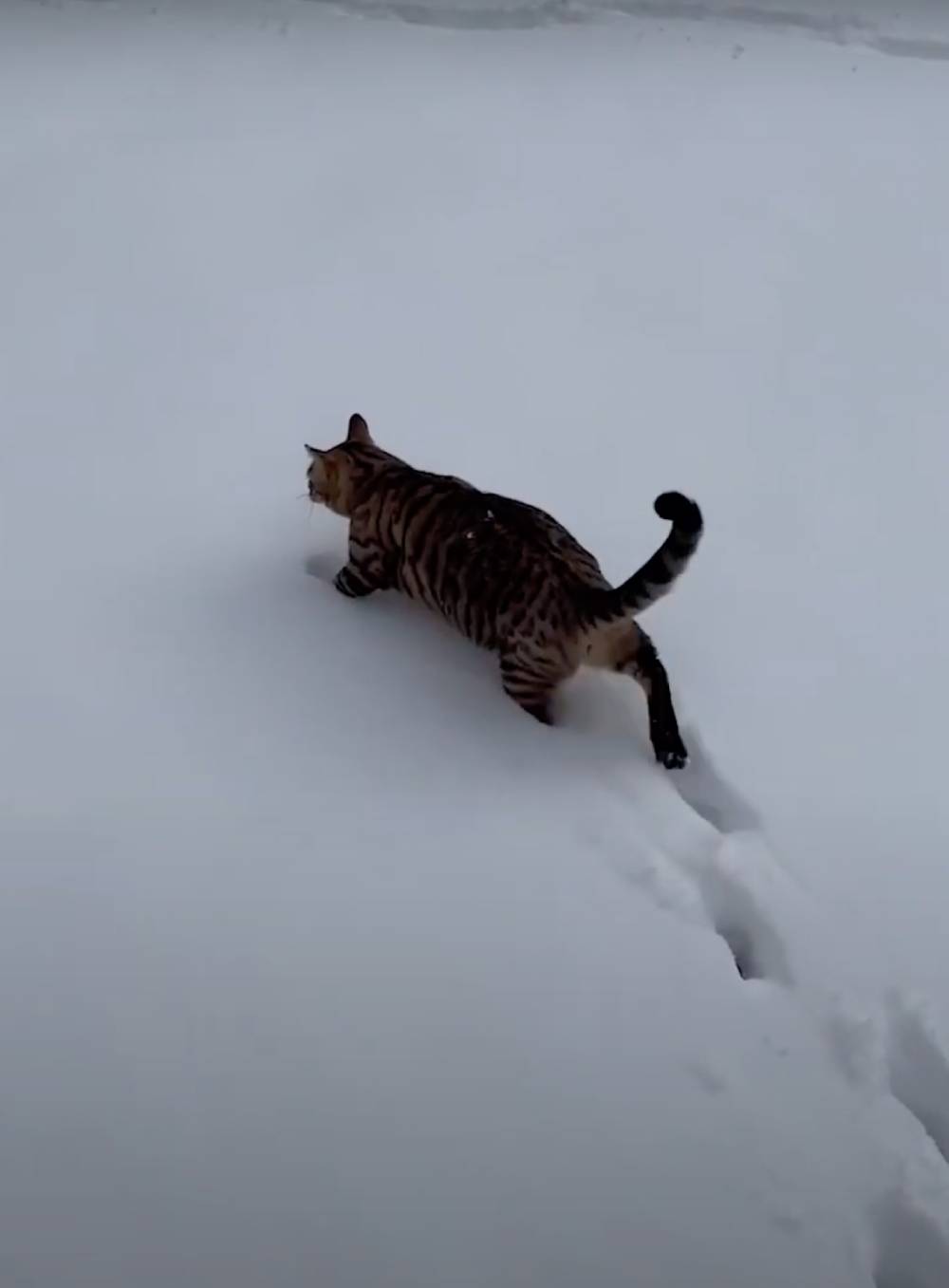 Ultimately, Tex starts walking through with confidence. The little adventurer walks to the edge of the snow, no longer needing to consult with his brother.

With that kind of adjustment, you may wonder if he’s ready to build a snowcat or make kitty angels in the snow. To check out the cute video, watch below…

2,492,940 pieces of kibble have been donated so far in February.View our site totals and read our FAQ