Minor League Baseball Finally Added Cats, and it Was Amazing

Let’s face it: Minor league baseball doesn’t always offer the same level of excitement of its big-league brother. Outside of diehard fans, it can be tough to attract casual fans to the ballpark when they’re not seeing the best of the best in action. Thankfully, some teams manage to come up with some truly inventive ways to get people talking, and this promotion certainly took the media by storm.On July 5th, the Lakewood BlueClaws held a special CATurday jersey promotion. The players wore special cat-themed jerseys that would have been downright ridiculous if they weren’t so adorable. Their commitment extended to the seventh-inning stretch, which traditionally features a rendition of “Take Me Out to the Ball Game.” According to ESPN, The BlueClaws upped the ante, leading their fans in a rendition of “Take MEOW to the Ball Game.” 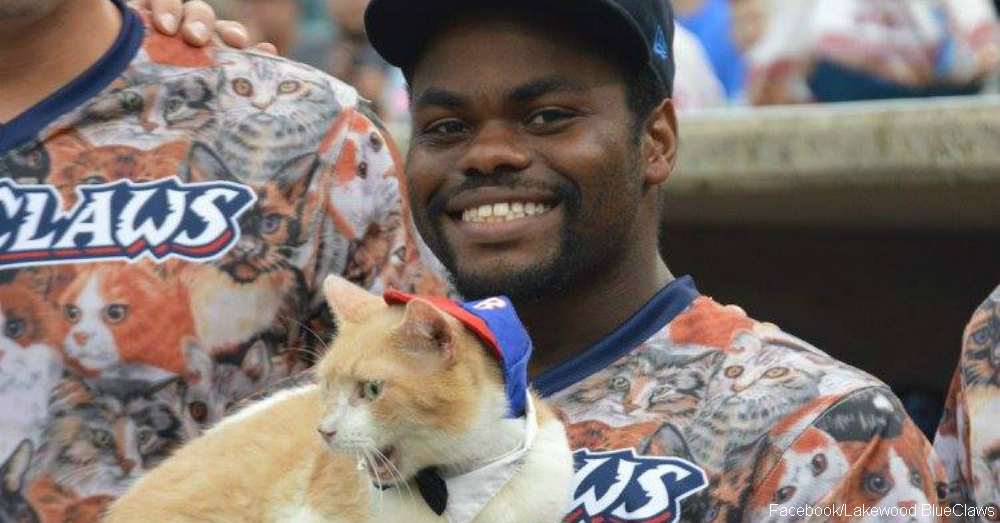 Fans were also encouraged to bring their cats to the game. To be fair, management specifically requested the cats be kept in cages or on leashes, which doesn’t seem like an unreasonable request. After all, a cat running on the field as a player is rounding the bases could spell trouble for both of them. Best of all, though, was that the SAVE Rescue Shelter of Toms River was at the game with cats for fans to adopt. This amazing event worked out well for everyone: the BlueClaws got a level of promotion rarely enjoyed by a minor league team, and plenty of wonderful cats were given second chances with new families.Baseball has been bringing people together for nearly two centuries, so it’s about time that animals got in on the fun too. The Lakewood BlueClaws gave some adoptable cats a hand (or paw) while boosting their own media coverage in the process. On another note, baseball has been great to dogs, too. Check out this inspiring story of two boys rescuing a dog from a hot car on their way home from a game.

13,417,250 pieces of kibble have been donated so far in August.View our site totals and read our FAQ