Dog Goes Viral For Taking Insulin Injections Like A Champ

Having an animal with special needs can be challenging, but one dog is being dubbed “the goodest of boys,” for handling his condition like a champ!

The dog’s owner, TikTok user @smurfnoette, uploaded a video showing how her dog, who suffers from diabetes, took his insulin injections and people were quite impressed.

In the video, the owner asks, “Y’all wanna watch my big boy take his insulin?” 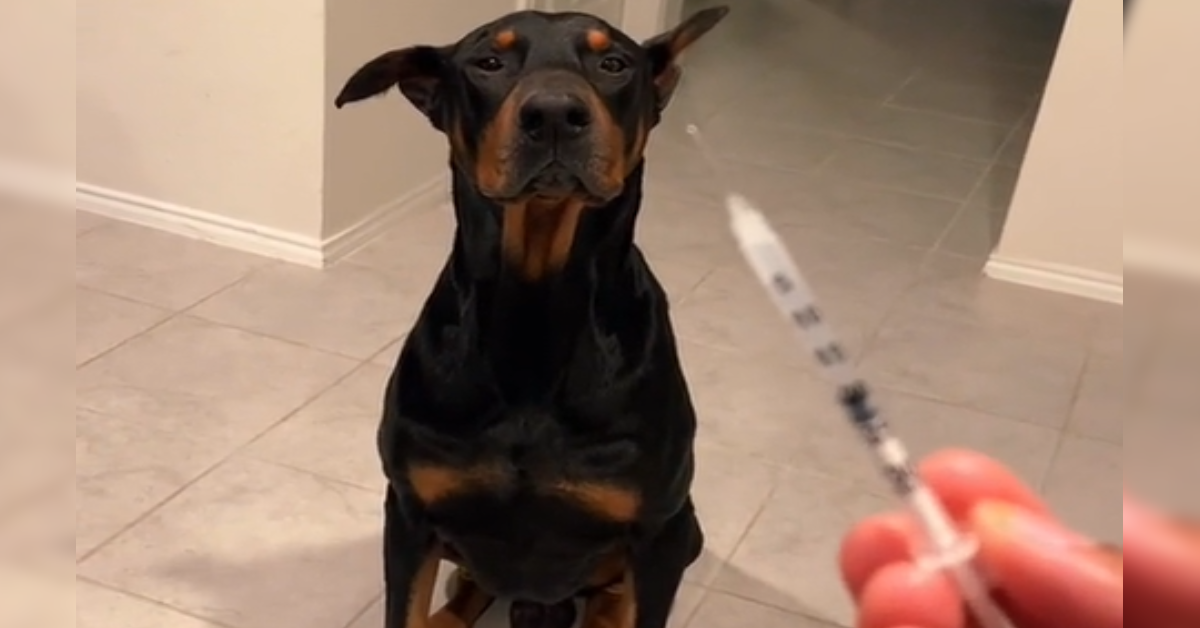 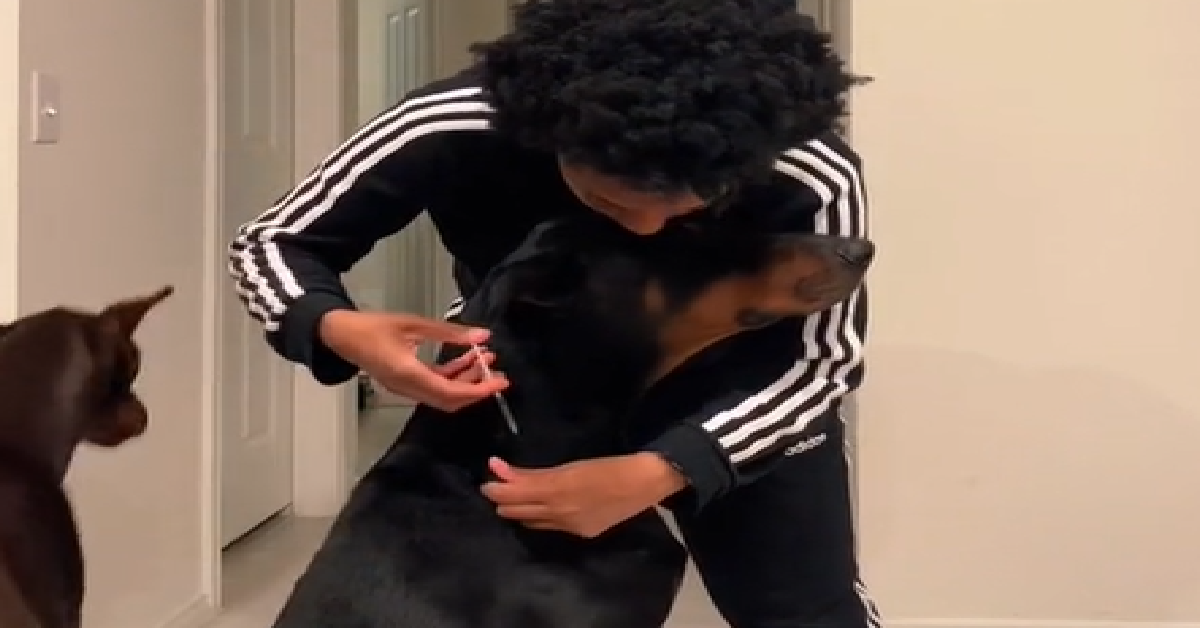 She then gently grabs her large Doberman and asks him, “Are you ready for your insulin?” She explained that she tries to make it sound exciting so the dog gets hyped about it.

After firmly grabbing her pup, she slips the needle into his skin and injects the insulin. The whole time, the dog barely flinches! It’s impressive and shows he really is a good dog.

Watch the clip below for yourself:

Watch me give my Doberman hus insulin ….

After the clip went viral, a lot of people had questions. They wanted to know more about the dog’s backstory and diagnoses, which prompted a follow-up story video.

The dog’s owner explained that back in 2020, the dog kept peeing all over the floor. She said, “He has not peed in my house in years, he drank all the water, maybe two-three gallons of water daily, and so I called my dad.” She said her dad suggested the dog might have diabetes so she scheduled to get him checked. 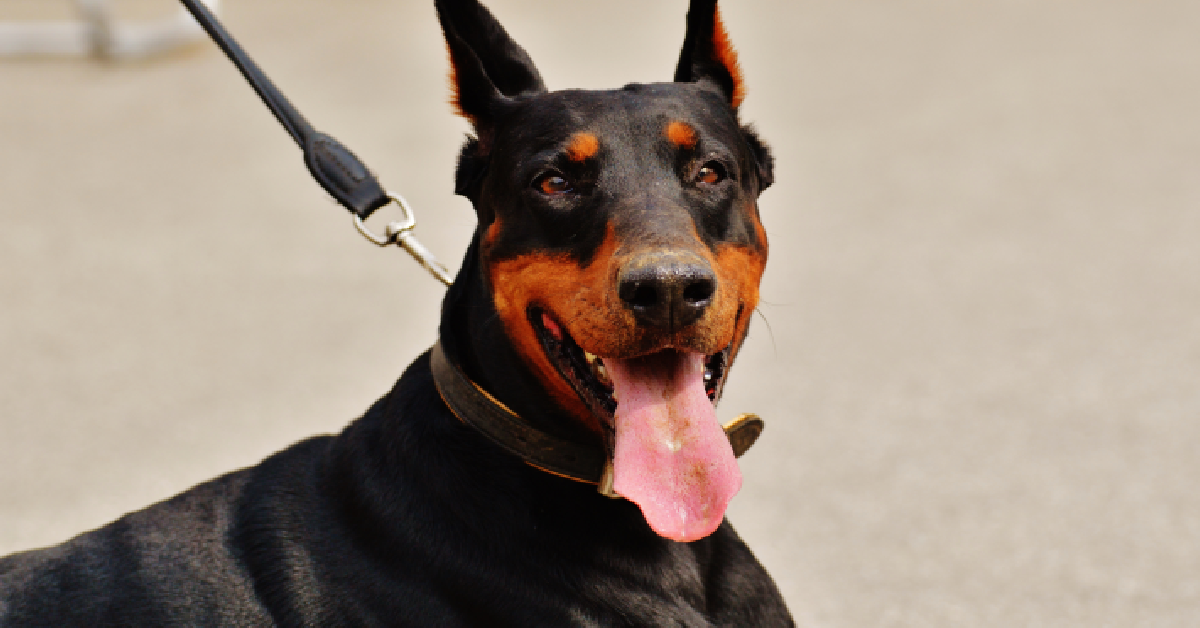 It’s a good thing she did because the vet discovered the poor pup’s sugar levels were near 700! For context, Vetsulin reports normal dog glucose levels are generally between 80-250, with 250 being the high end. 700 is dangerously high and can lead to serious consequences.

Thankfully, they got the dog checked in time and with a diet and insulin injections, they were able to get the Doberman to lose weight and gain a lot of energy. He no longer has issues peeing on the floor and isn’t excessively thirsty.

Reply to @mlle.krissy He gets all the kisses bc he’s too sweet for treat…

2,491,840 pieces of kibble have been donated so far in February.View our site totals and read our FAQ