A lady owner of an adorable Great Pyrenees and thousands of Tiktok users had a grand time figuring out what the dog and the turtle must be feeling after being found out while attempting to sneak into the house.

Mya the dog must have been overcome with mixed emotions of doubt, happiness, and disappointment upon being able to enter the house but told to drop the turtle from her mouth.

She doubted she could sneak the turtle inside their home.

She was happy that she had finally taken it inside. But saddened and disappointed when her owner ordered her to drop the turtle from her mouth in a tone that meant she could not keep her new pet.

Tiktok users enjoyed sharing their thoughts from the point of view of both animals. 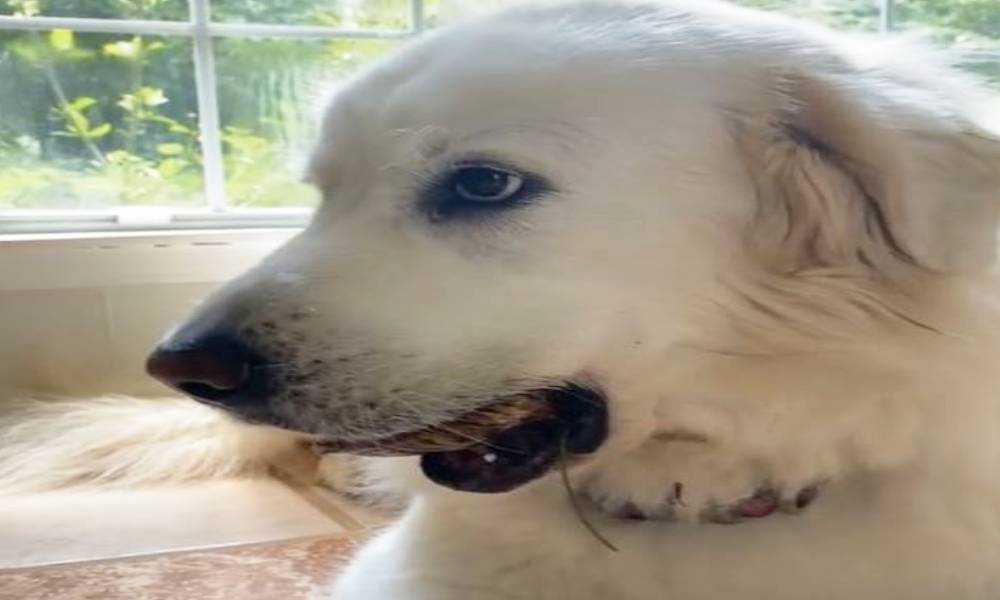 “Hey maybe if you just come over and ask my mom she will let you stay over she’s nicer to you” -Mya to the turtle 😂” one commenter wrote.

“I need a pet, Mom,” another one argued for Mya.

That was backed up by another Tiktok user with logical reasoning: “Why can’t they have a pet? It’s only fair if you, a human, have a pet, then why can’t your pet have a pet? 😁🥰😂” 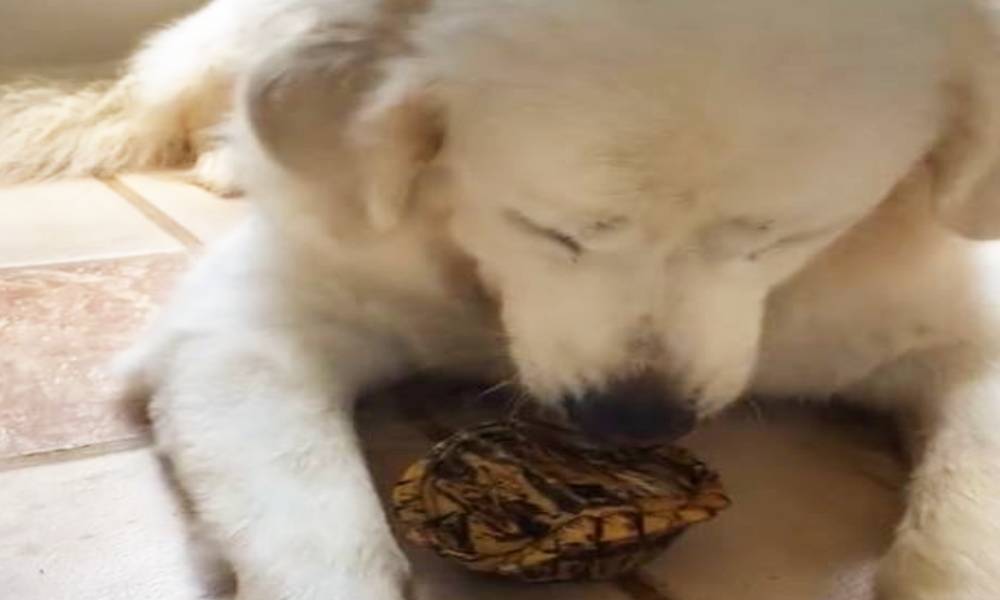 Meanwhile, as fur mom and dog had their “one-sided” discussion (only the human was talking and her dog could not bark back because its mouth was full), the turtle was in deep thought.

“Turtle pov: what weird cave am I in?” a commenter voiced out on behalf of the small aquatic animal.

Another sympathetic commenter wrote: “Poor turtle…sure he thought…THIS is NOT a safe way to travel.”

You’ll get a lot of laughs from watching this viral video and reading the funny comments!

1,347,360 pieces of kibble have been donated so far in February.View our site totals and read our FAQ