PUP QUIZ: How Much Do You Know About Golden Retrievers?

Golden Retrievers are some of the most intelligent and kind dogs around. It’s no wonder they are one of the most popular dog breeds in the U.S.

It wasn’t until 1925 that the Golden Retriever breed was officially recognized, but these colorful canines have been living up to their reputation as fun-loving friends ever since.

They were originally bred by Lord Tweedmouth, also known as Dudley Coutts Marjoribanks, in the late 19th century as hunting dogs and for retrieving small game. Golden Retrievers have been trained to assist professionals in tracking and sniffing out drugs. Their demeanor suits them well to therapy work as well. 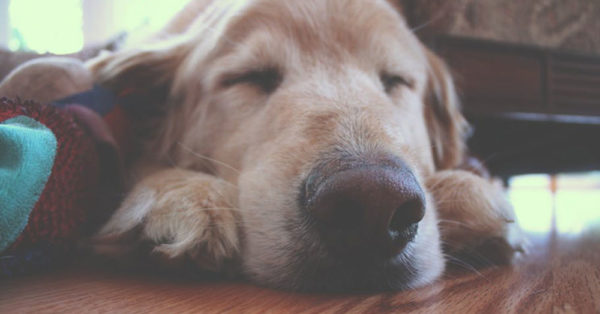 Training comes easily to most Goldens, as does an active lifestyle. They love to play, and swim, especially. Their water-repellent coats come in handy for such purposes. The same coats often shed, however, so a lint brush and a dog brush are often essential to Golden ownership.

Golden Retrievers being such a popular breed, it’s quite possible there is one waiting in your local shelter. If you are interested in learning more about Goldens, take our quiz and test your knowledge before making the decision to rescue one yourself.

31,532,750 pieces of kibble have been donated so far in May.View our site totals and read our FAQ