It Isn’t Easy Socializing A Feral Kitten. Luckily, This Shelter Has A Kitten Björn!

Everyone has heard of BabyBjörns. It’s fairly common to see a newborn riding in one on their parent’s chest, smiling and having the time of their life. The reason behind these carriers is to help bonding and socializing. And recently, the success of the BabyBjörn inspired Animal Rescue League of Boston to do something similar to help a type of guest they see far too often—feral kittens! 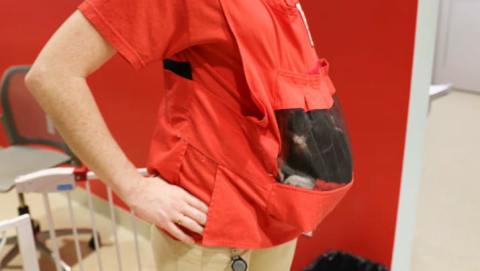 ARL wanted to find a way to acclimate feral kittens to humans to improve their chances at adoption. However, cats are not always the quickest to socialize and accept people. That is where the Kitten Björn comes in. 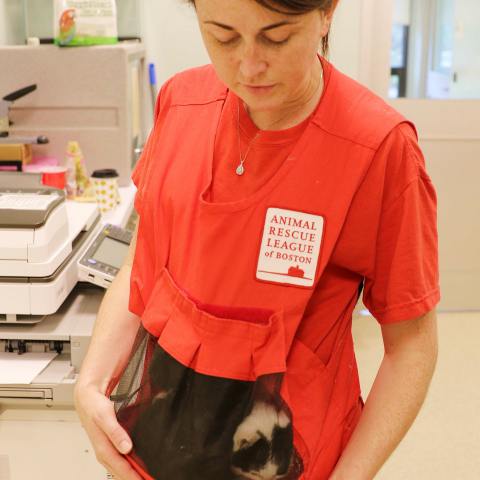 Far too often, feral cats can’t be socialized to become house cats. As they age, it becomes more and more difficult. However, kittens four months and under can absolutely become loving and perfect pets. It takes a lot of time and exposure to people, however, something every shelter wants to do, but is often too pressed for time to actually do it.

When ARL invented the Kitten Björn 10 years ago, they were unsure of how the device would do in the field. The upsides were quickly apparent. Shelter workers could carry around the kittens for the majority of their day without it interfering with their work. The kittens became used to the world around them, absorbing all the stimuli of the shelter, and were able to safely interact with other animals employees were working with. ARL thought it would help, but they had no idea just how much. 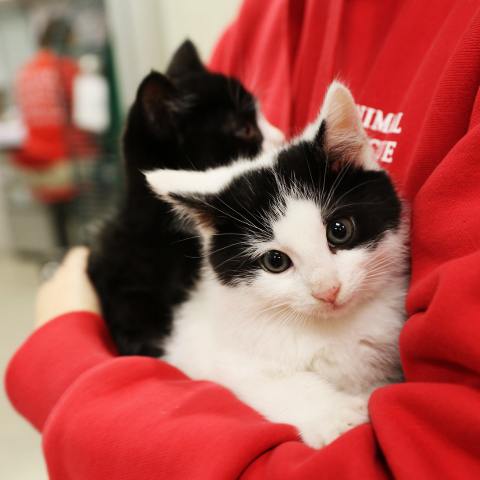 “Turnaround for socialization can be fairly quick, with the sign of success being when the kitten begins to purr,” said Michael DeFina, communications and media relations officer at ARL Boston. “Sometimes a kitten will begin purring after just an hour, sometimes it takes a couple of days, but during the seven years of their use, they have shown to be effective in trying to quickly socialize kittens.”

What used to take weeks now takes next to no time at all. In fact, ARL has gotten the turnaround time to an average of 48 hours! While they only have a few vests on hand, they hope to make more and expand their ability to help even more kittens find forever homes. If we’re really lucky, perhaps they will release a version we can all buy and carry our kittens around the house with us!

7,585,270 pieces of kibble have been donated so far in December.View our site totals and read our FAQ