This Kitten Lost An Eye, But Will Never Lose His Family

Their mom was a hero.

The three little kittens were born under a shed, alone and hidden from sight, to a feral cat. They were still tiny when a raccoon came to investigate. This could have meant the end for the little ones, as raccoons are opportunistic predators and will eat young and helpless mammals, but their mother fought valiantly to defend them. Sadly, she did not survive the battle, and one of the kittens was also injured. They needed help. 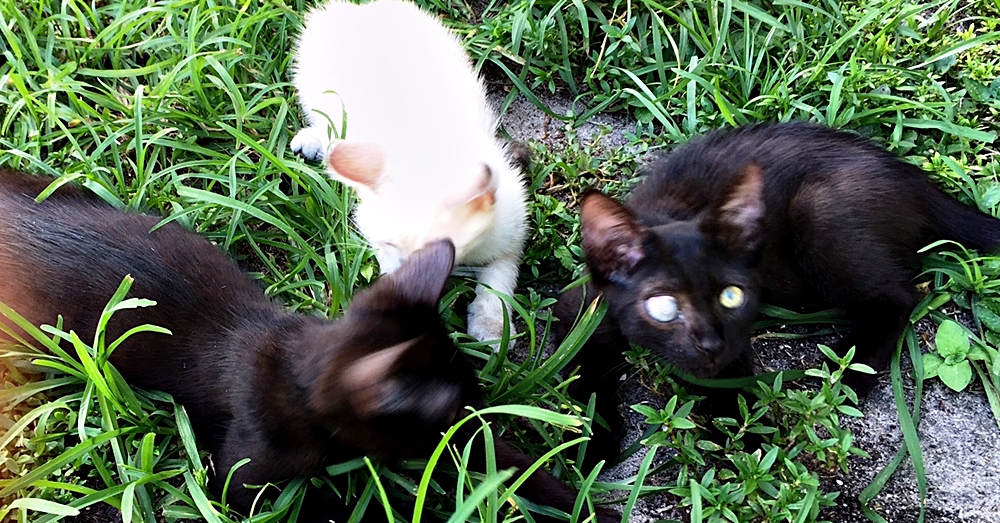 Fortunately for them, Heart Harbor Rescue was called to the scene. After a long time and a lot of effort, they persuaded a little white kitten to emerge from under the shed. It took three more days to coax out the remaining two black kittens. Wayne, the hurt kitten, had suffered a severe wound to his eye as a the result of the fight that cost them their mother. 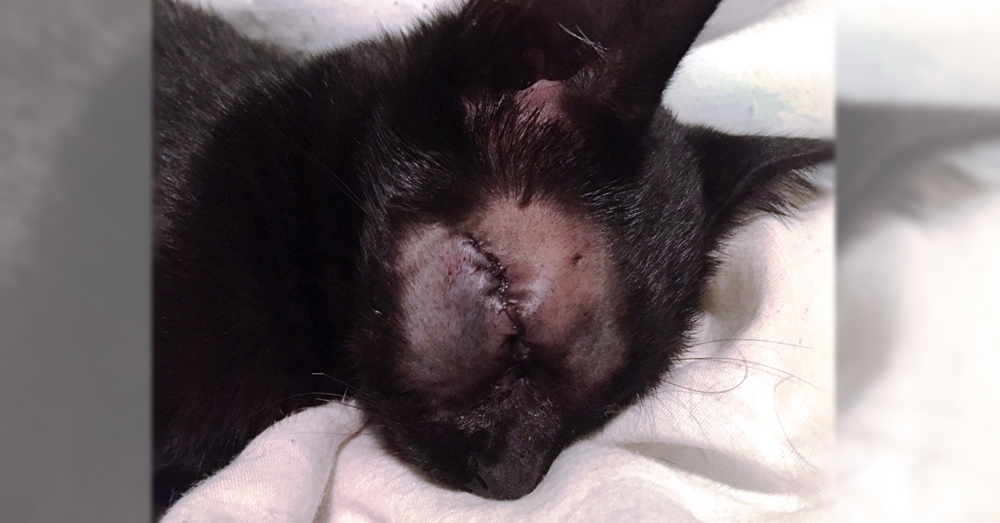 Heart Harbor Rescue took them straight to the veterinarian to get rid of parasites and nurture them back to health. Pearl and Shayne rapidly improved, but although the staff tried to save Wayne’s eye, it showed no sign of recovery and had to be removed. Then he healed well, with his siblings keeping him company at the rescue.

The three kittens had such a strong family bond that Heart Harbor Rescue decided to keep them all together. Like any shelter, they needed all the help they could get – and people who click and donate at The Animal Rescue Site made a huge difference.

“Without the help of GreaterGood.org’s Rescue Bank, I would not have been able to cover the cost of the surgery for Wayne as well as treatment for all three kittens for parasites. Thank you, Rescue Bank!” -Heart Harbor Rescue

Here is a picture of Wayne and Pearl today for those who wonder what their actions here can achieve! All three siblings are living happily ever after – together – thanks to people like you. 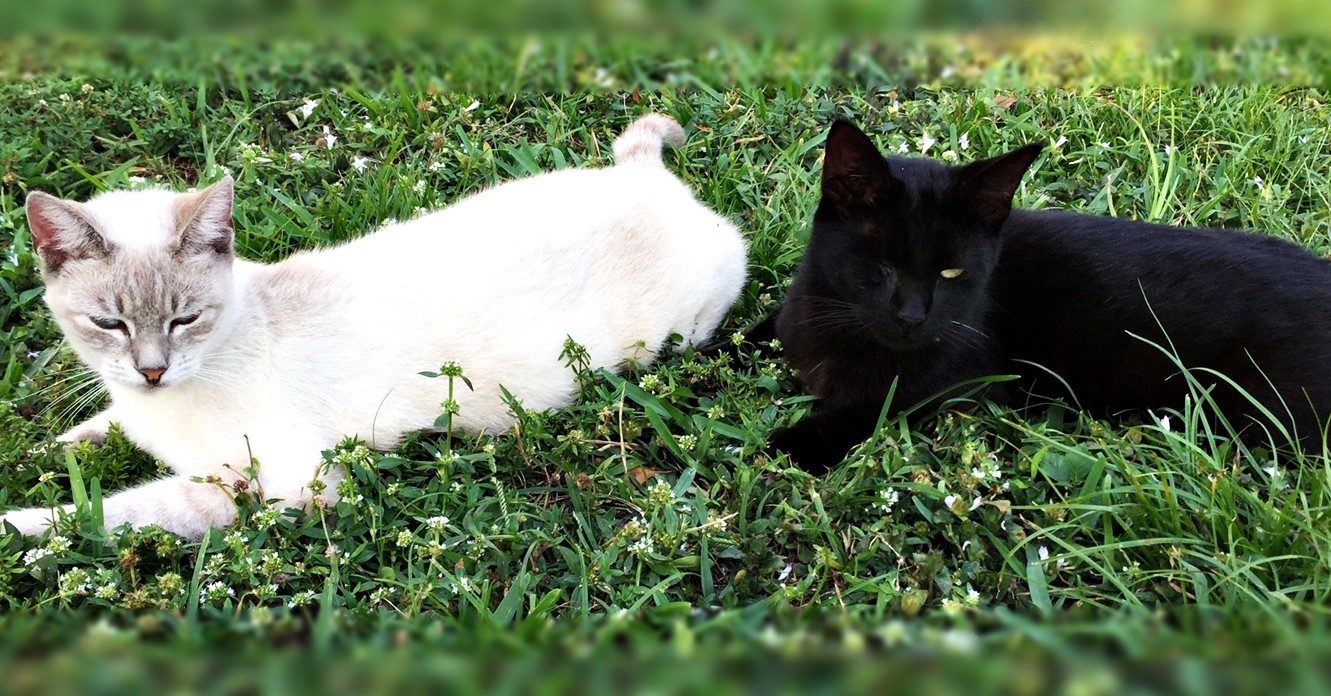 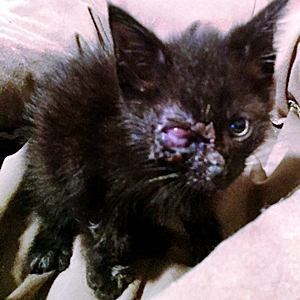 No other charitable organization has fed as many rescue pets as GreaterGood.org’s Rescue Bank, in partnership with The Animal Rescue Site. We’ve delivered more than 200 million meals to animals in need, but there’s so much more to do.

Food remains one of the biggest costs shelters face; it’s expensive, and the need for more never goes away. Each dollar donated to this program means $17 is freed up for medical needs for animals just like Wayne.

July 24-30 is National Feed a Rescued Pet week. You can help!

7,587,590 pieces of kibble have been donated so far in December.View our site totals and read our FAQ