Man Rescues Filthy Kitten, Realizes it Has Markings Similar to His Tattoo

This story was originally shared on The Animal Rescue Site. Submit your own rescue story here. Your story just might be the next to be featured on our blog!

I rescued Charlie about six months ago.

It was early afternoon. My flatmate and I were on our way to get some hummus, just me, her, and her dog Rollo. While walking by an intersection, we noticed a guy trying to get something out of the engine, and when we got closer, we heard the cries from inside.

I wouldn’t say the guy was fat, but he was a big guy. Me on the other hand, is a different thing. I’m really skinny, so I could and I did. 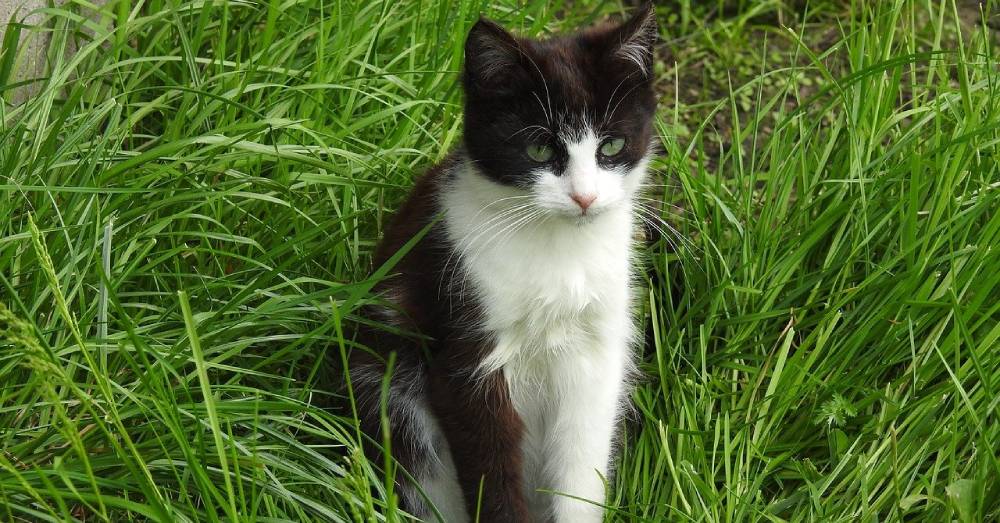 I got a pretty nasty burn from the tubes and pipes and ruined my T-shirt, but around 40 minutes later, I was out from under the car with a tiny, dirty flea-infested unhappy kitten. I had no idea if it was male or female, how old, or even the coat color of the little thing. I took him home, washed and fed him, and the next day, we went to see the veterinarian.

“It’s a month-old street punk cat!” declared the cat-loving veterinarian. “He’s a male. Are you gonna keep him? He’s gonna be lots of fun.”

I wasn’t ready for it. I like cats, but I wasn’t sure it was I good time for me. I’m a freelance photographer, freshly graduated, live with two flatmates in Jerusalem and barely pay my bills. Adopting a cat wasn’t part of the plan. “Yeah, I guess… can’t put him back on the street and he’s too dirty to get adopted.”

Wasn’t sure about my decision until a couple of days later when he got cleaner. I noticed on his right side there a black spot shaped like a question mark. I like the idea and the meanings and the symbolism behind the question mark icon, even got a question mark tattoo on my right arm. What are the odds? 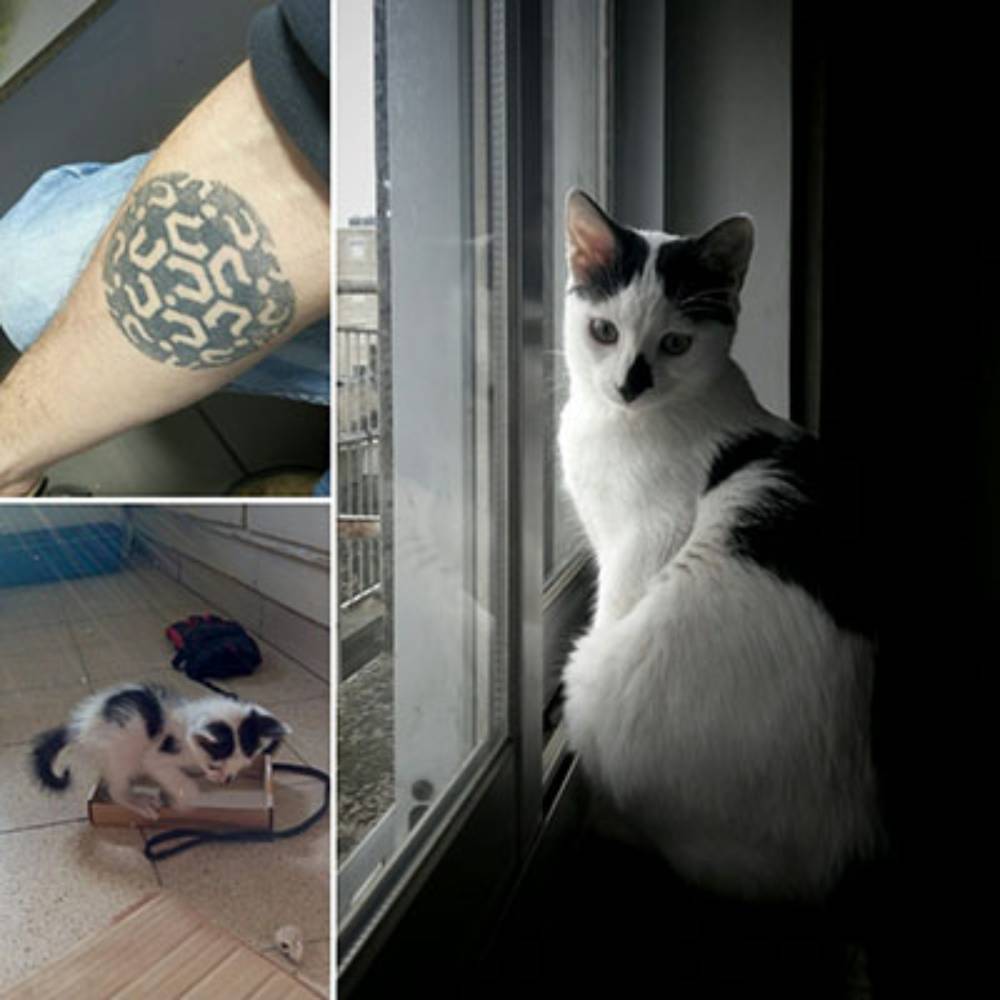 I don’t really believe in fate or destiny, but sometimes the universe just throws a cat at you and it’s up to you to decide what’s next. Best decision I’ve ever made.

This story was originally shared on The Animal Rescue Site. Share your very own rescue story here!

2,491,420 pieces of kibble have been donated so far in February.View our site totals and read our FAQ