On February 13, 2022, millions will tune in to watch the NFL’s biggest game of the year. But here at GreaterGood, we’re rushing towards an even larger goal–delivering millions of meals for hungry shelter pets during our 7th annual Shelter Bowl!

Every year, Greater Good Charities runs the Shelter Bowl to provide nutritious food for rescued animals, who can receive life-changing meals with the money football fans might spend on the Big Game. 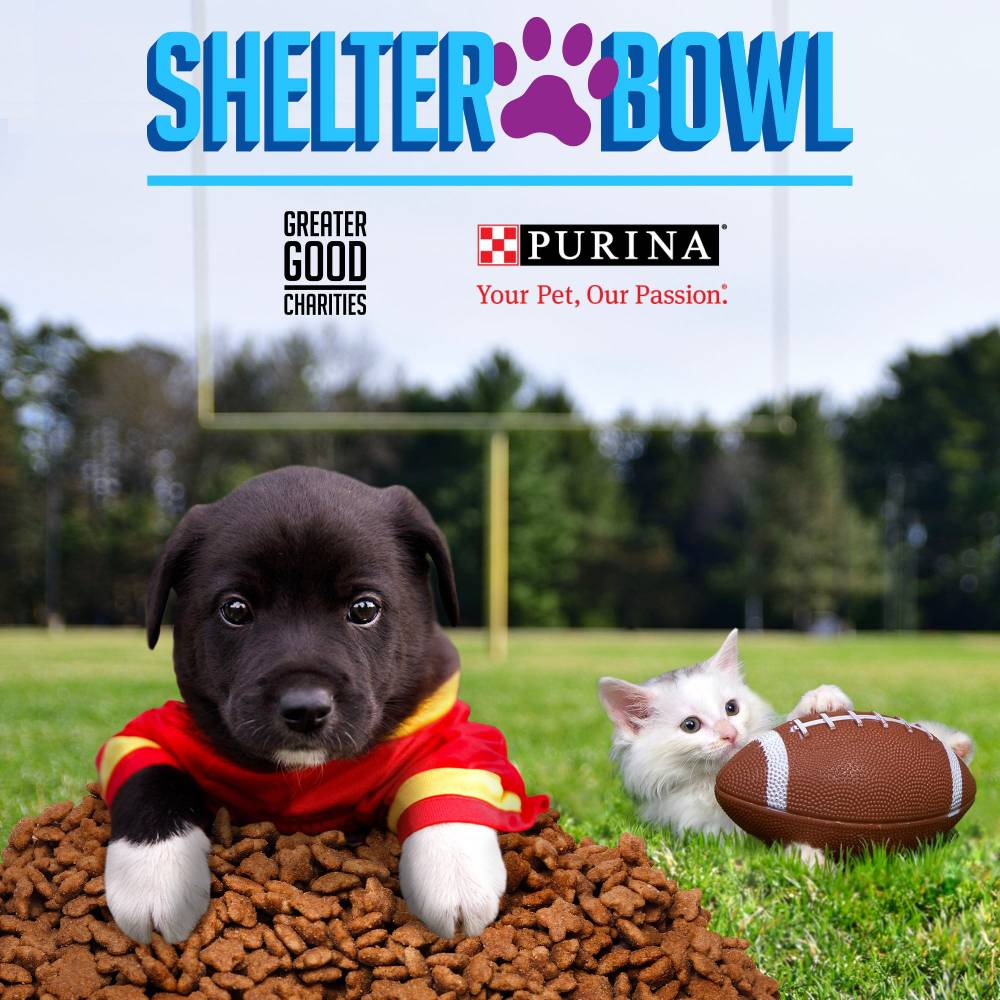 According to the National Retail Federation, football fans spend about $75 per person on snacks and drinks during their viewing parties. If every fan donated that much Shelter Bowl VII, we could deliver 1,500 nutritious meals to rescued animals for each donation!

This year, our goal is to raise $25,000, which will help us deliver millions of bowls of nutritious pet food. We also have an MVP sponsor to help match Shelter Bowl VII donations, but we still need your help getting into the end zone.

Every Shelter Bowl donation made between February 7-13, 2022, will be matched in nutritious, science-backed pet food by Purina®, up to a $25,000 value. Can you help us make a touchdown for hungry shelter pets? 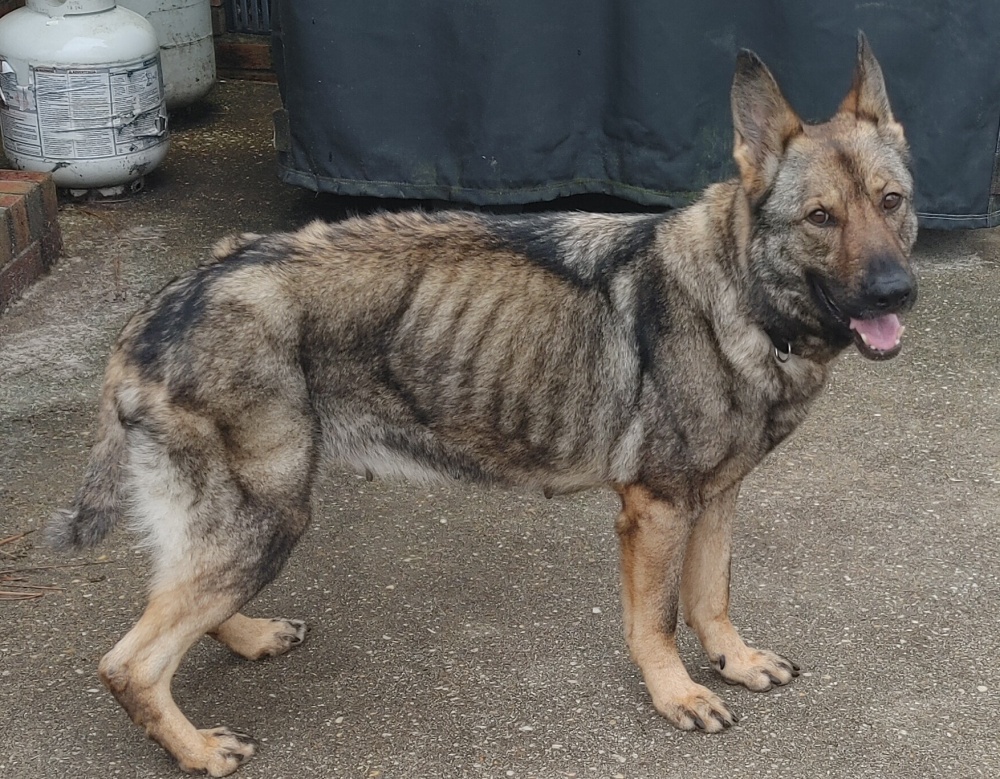 Shelter Bowl VII will feed rescued dogs like Penny, a four-year-old German shepherd who was dumped at the shelter.

The dog’s dirty, malnourished, and heartworm-positive state led Penny’s foster mom to believe the poor pup had probably spent most of her life outside. This theory gained traction when Penny–-whose tail was also half-chewed off–arrived at her new foster home and had no clue how she was supposed to act. 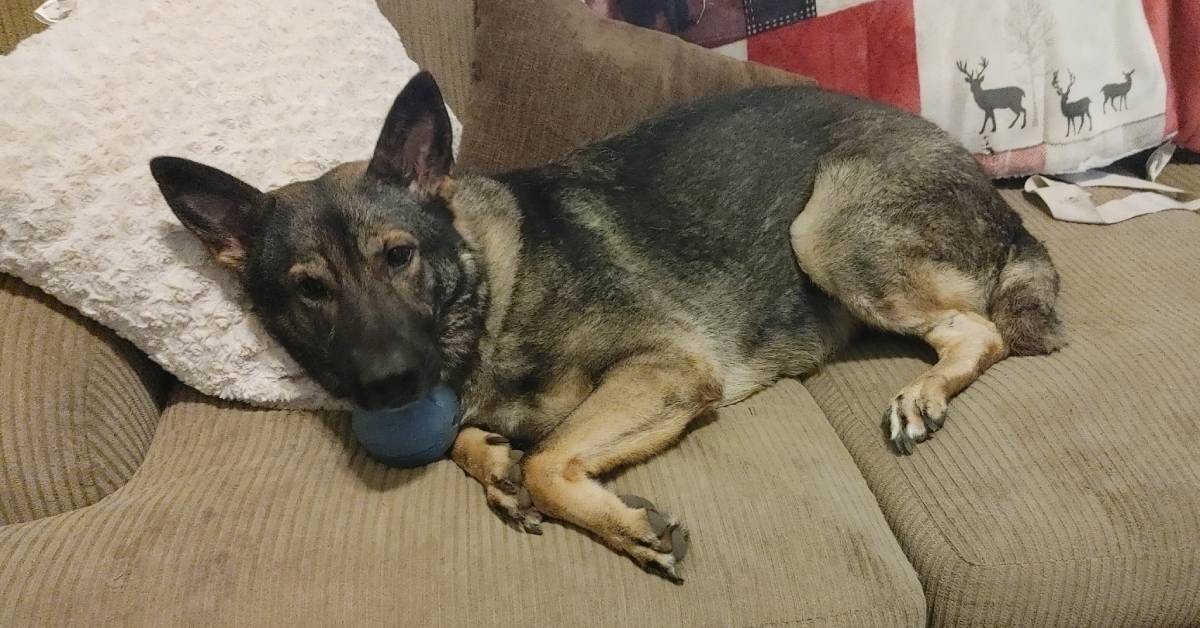 But after growing strong with nutritious meals provided by Greater Good Charities, Penny has started to act like a different dog. Not only have Penny’s broken tail, heartworm disease, and other physical wounds healed, the rescued dog has transformed into a calm, house-broken pet who has mastered crate training. 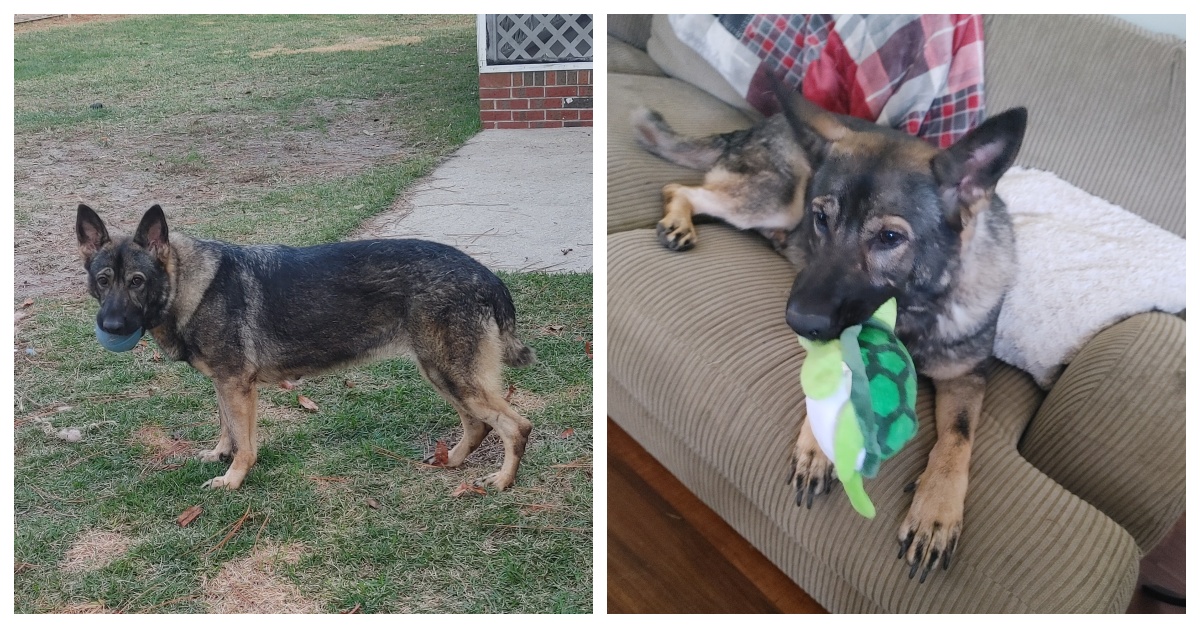 “We are so grateful to Greater Good Charities for helping our rescued dogs heal and thrive,” said rescuers, who have used these game-changing donations to rehabilitate 50 rescued dogs like Penny, who is now one step closer to finding her forever home. 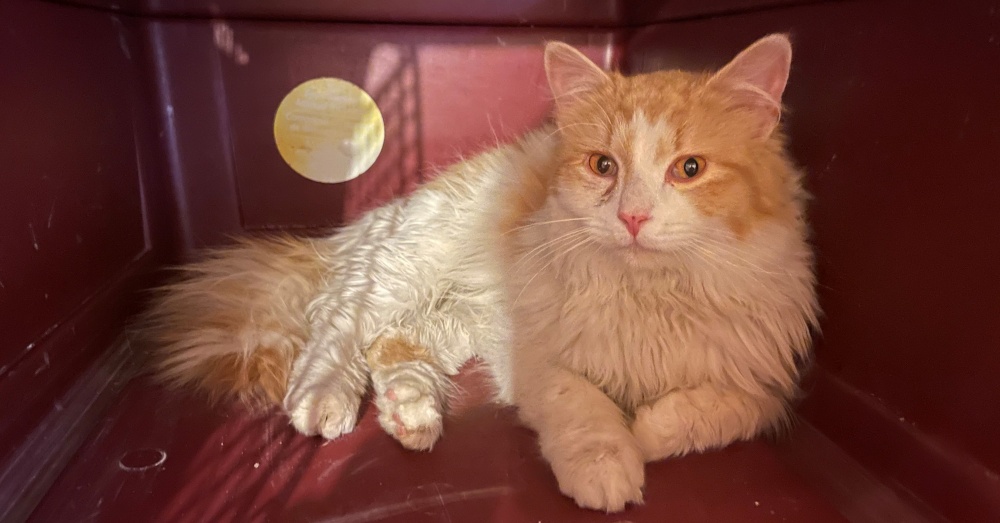 However, rescuers quickly realized Finnegan was more social than other feral cats in his colony, making him a good candidate for adoption.

“He was going to be TNR’d but it was obvious he was a very sweet boy!” said shelter workers, who instead placed the rescued cat in foster care. 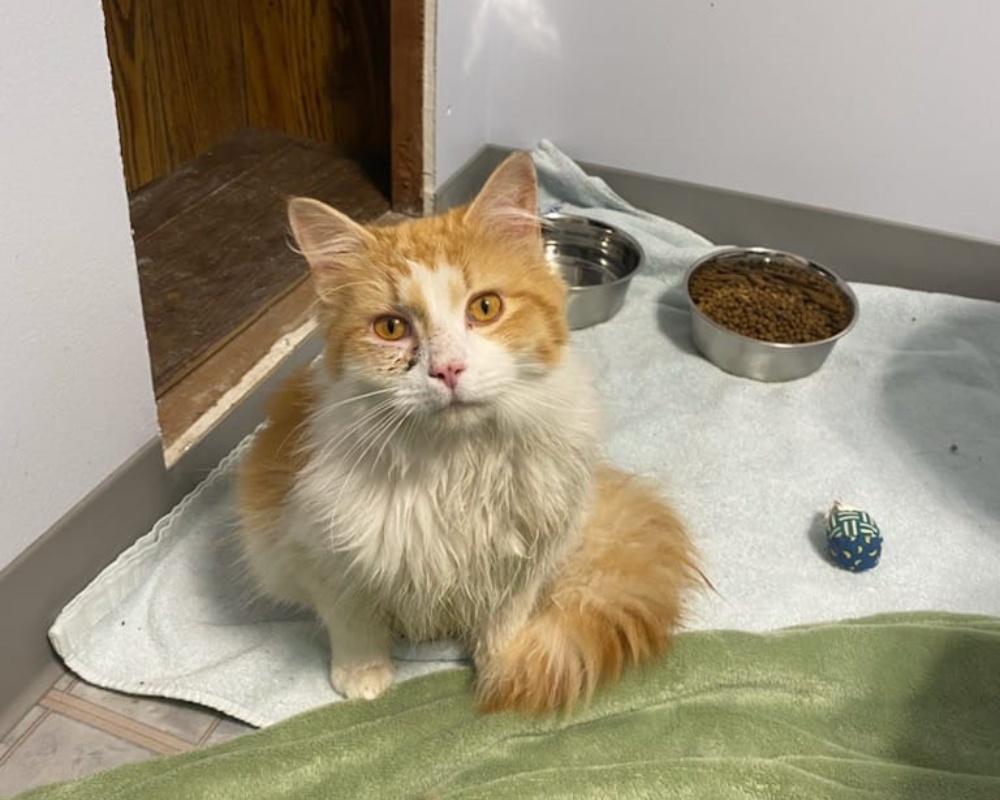 But although Finnegan was loving and sweet, the rescued cat was in terrible shape.

“His fur was horribly matted and stained,” said rescuers, recalling how the former street cat was covered in parasites, ear mites, and suffered from an upper respiratory infection and other scars borne while living outside in Michigan. “His eyes had frostbite scarring from where his tears ran and froze to his sweet face.” 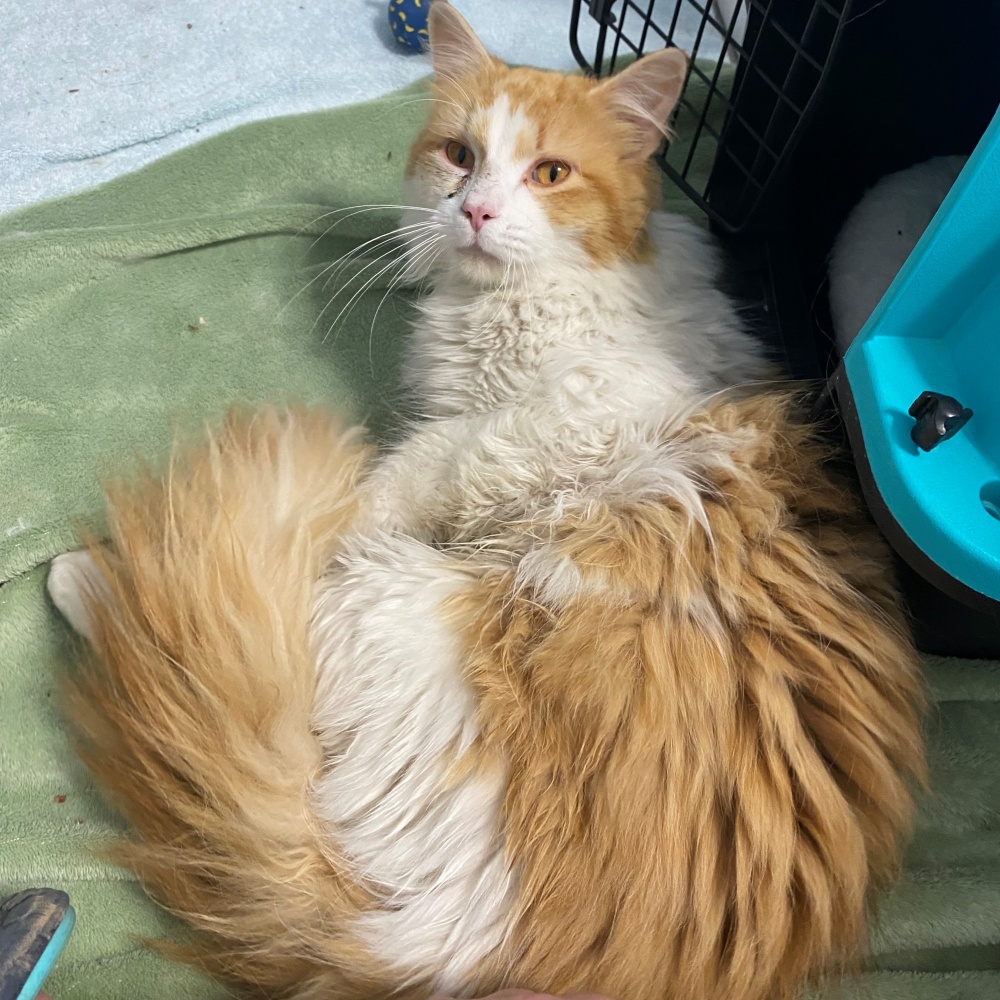 But despite his myriad health issues, Finnegan was nursed back to health (and to a healthy weight) using Greater Good Charities’ pet food donations, which this Michigan rescue relies on to rehabilitate former street cats. If those cats are social like Finnegan, rescuers also work to help them get adopted. 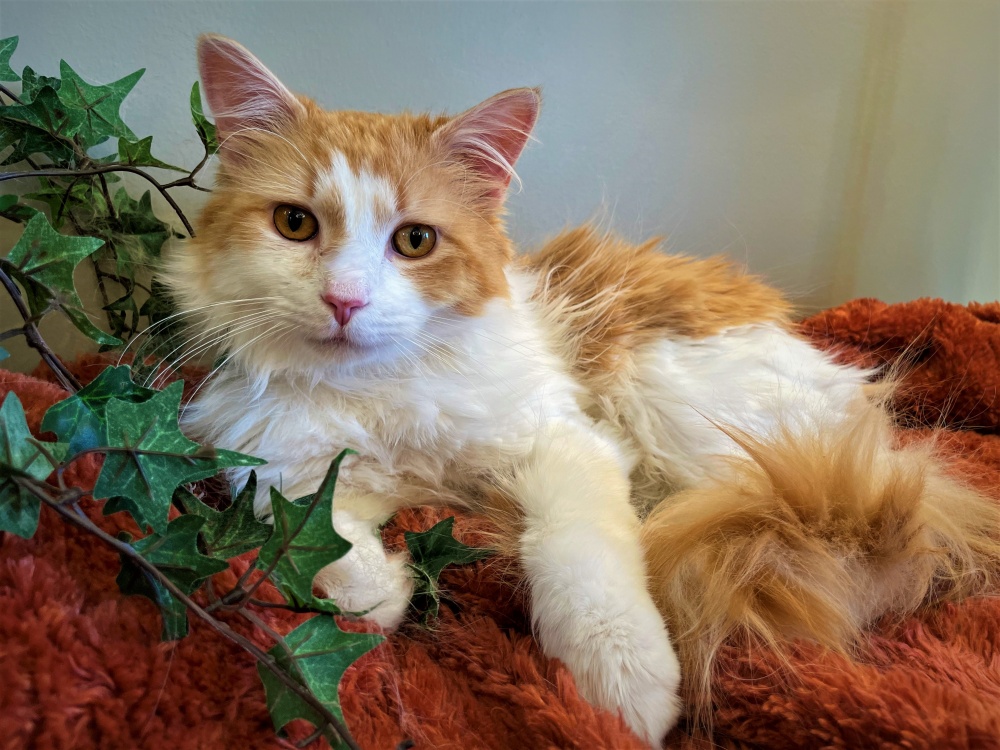 “Finnegan is now healthy with a full belly, compliments of Greater Good Charities’ food donations,” said shelter workers. “He is loving and playful, lounging in his cat tree in his forever home looking at the outside that he will not have to endure again.”

Can you make a game-changing donation to help us feed Penny, Finnegan, and other hungry shelter pets? Let’s make Shelter Bowl VII our best one yet!

2,490,480 pieces of kibble have been donated so far in February.View our site totals and read our FAQ