The love of a mother is not defined by blood. Want proof? Just ask this mama cat!

Meet Izabelle. A VERY special feline who is redefining what it means to be a mother. She and her “large litter” of kittens came to Best Friends Animal Society NYC with quite the story to tell! She had been living with two other cat moms. All three cats gave birth around the same time but only Izabelle successfully nursed her kittens. The two other cat-moms had difficulty feeding their babies and bonding with them. 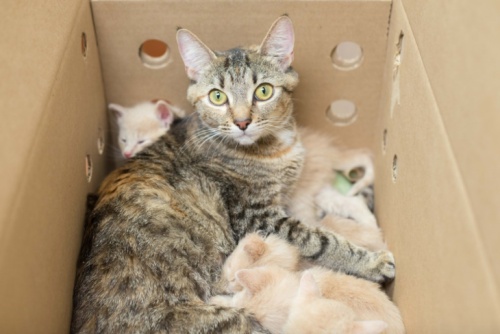 As the kittens grew hungrier and hungrier, Izabelle knew she had to help. She took the two other litters, along with her own babies, and became Super (Cat) Mom! 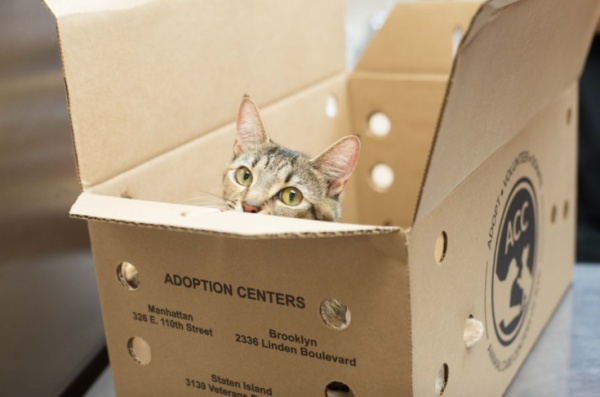 The owner became overwhelmed by so many cats so he surrendered all of them to Animal Care Centers of NYC (ACC). People assume that kittens, once surrendered to a shelter, will find homes and they will live happily ever after. But that is not the case with kittens that young. Many facilities don’t have enough volunteers to work around the clock to bottle-feed kittens.

The fact that the babies were surrendered with Izabelle was truly a blessing. Best Friends Animal Society NYC, better equipped to deal with 15 kittens, heard about Izabelle and agreed to take all of them in. 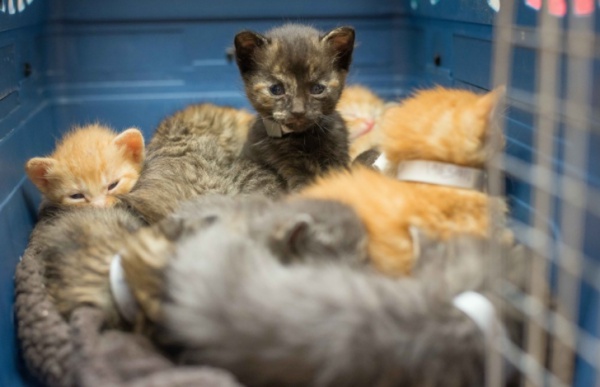 “It was obvious from the beginning that Izabelle is an incredible little kitty. When we first met her she was exhausted, dehydrated, and thin from nursing so many babies,” Shannon Kirkman, Foster & Adoption Coordinator, told Love Meow. “But she still welcomed our staff petting her and even rolled over purring when she was given attention.”

All of Izabelle’s hard work was paying off! All three litters of kittens were doing great! Healthy, happy and full of fluff!

The staff gave Izabelle I.V. hydration which made a big difference. They also took turns holding and loving on the kittens so mama could finally get some much needed rest!

“The four oldest kittens (who were clearly from the same litter) were big enough to be immediately weaned, leaving her with 10. The biggest kitten and smallest kitten were also taken to a foster home for bottle feeding, leaving mom with eight,” Shannon told Love Meow.

The Super Mom still had plenty of work to do but the staff felt if they didn’t separate her from some of the kittens, she would end up malnourished and dehydrated once again. Izabelle was literally putting her life on the line so she could care for all three litters of kittens. 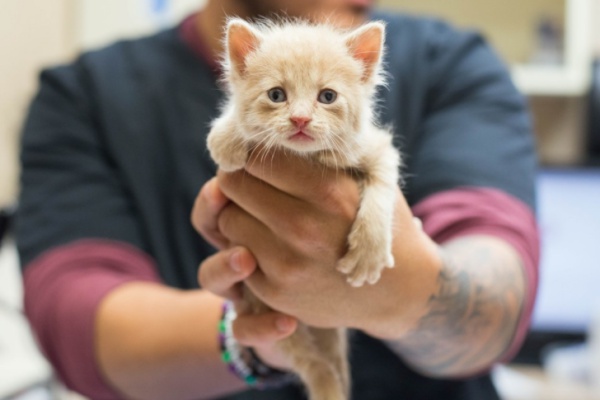 Izabelle, with an open heart, accepted babies that weren’t technically her own. Because of this super surrogate mama, all the kittens are happy and healthy. They will all be adopted out to their forever homes once they are old enough. SHARE this story with someone you think is a super mom! Or with someone who would go out of their way to help others. Izabelle is a true inspiration!

4,224,500 pieces of kibble have been donated so far in October.View our site totals and read our FAQ