Smiling Puppy Warms Hearts of Firefighters Who Saved Him

A house fire is any family’s worst nightmare, especially when beloved pets are left home alone. One unlucky pooch found himself in just that situation, but a series of viral photos caught his happy expression as firefighters carried him to safety.The Baltimore County Fire Department was called to an apartment fire in March 2016, where they found the adorable pup in need of rescue. As soon as the flames were contained enough, firefighters rushed in to rescue the little dog. 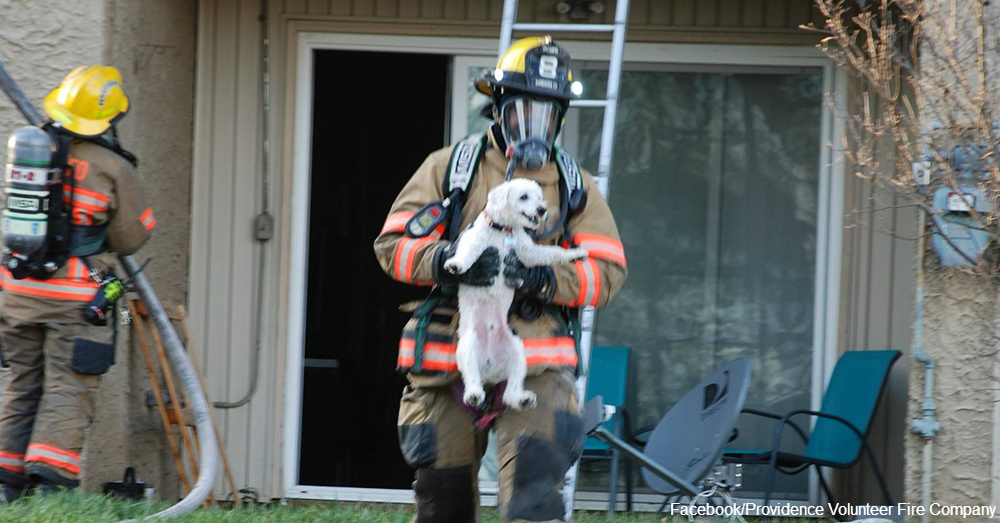 Though he must have been terrified to begin with, his relief at being rescued was obvious. A photograph shows firefighter Walter Sanders, in full gear, carrying the pooch out as the puppy grins. Several subsequent photos show firefighters caring for the pup as he relaxes after his frightening experience. The amazing rescue was documented by Captain Geoffrey Donahue and the Providence Volunteer Fire Company, and the photographs quickly went viral. 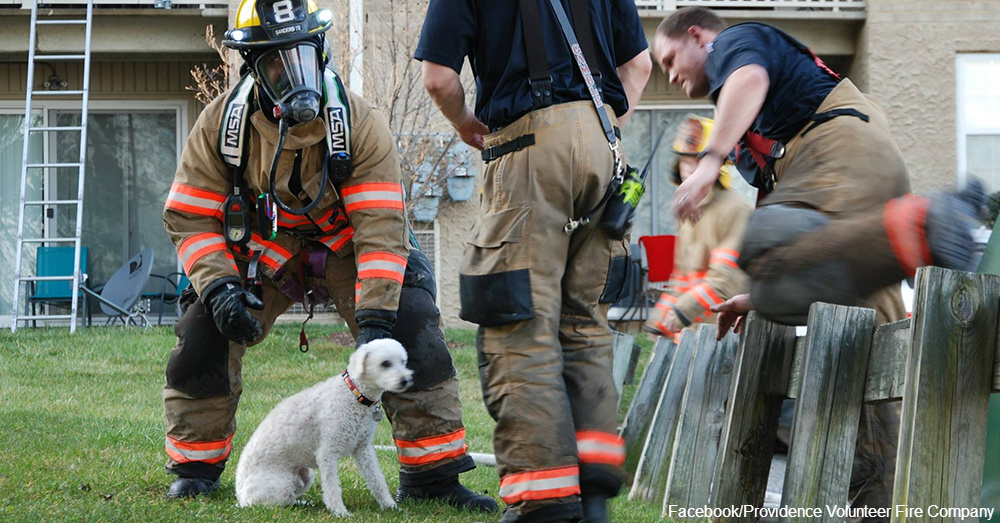 This pooch was lucky enough to be rescued, and pet owners can take precautions to help ensure their furry friends have an equally good outcome in the event of a house fire. Firefighters know to look for special decals near doorways, which let owners write down the number and type of pets that may be in the home. Keeping collars and leashes by the door can help speed up an evacuation or make sure the dogs don’t run away in a panic and get hurt in other ways. Monitored alarm systems, rather than simple alarms, can alert fire departments before neighbors even realize there is a problem. Although many of those systems use motion-sensor alarms, they can be programmed to tolerate pets.

Other precautions, such as removing the knobs on a stove or cooktop if the dog can reach them and likes to counter surf, can prevent fires from occurring in the first place.Firefighters love animals too, and the crew that rescued this lucky dog were happy to save the day.

28,671,210 pieces of kibble have been donated so far in January.View our site totals and read our FAQ