Lucky was a fighter from the gate! He was rescued by a wonderful woman after she saw a plea on Facebook asking for help. A girl said that the mama dog died and she was left bottle-feeding the tiny puppies.

Clanay Reza had experienced taking care of newborn puppies before, and because she’s a dog lover who just couldn’t say “no,” she messaged the girl and agreed to take the puppies in.

The whole ordeal was shady from the gate. Reza wasn’t allowed to pick up the puppies and from all the strange behavior, she suspected these little ones came from a backyard breeder.

As soon as Reza got the puppies, she rushed them to the vet. They were tiny, covered in ticks, and struggling to breathe. Sadly, one by one, the puppies passed away— all BUT one! The smallest of the litter. 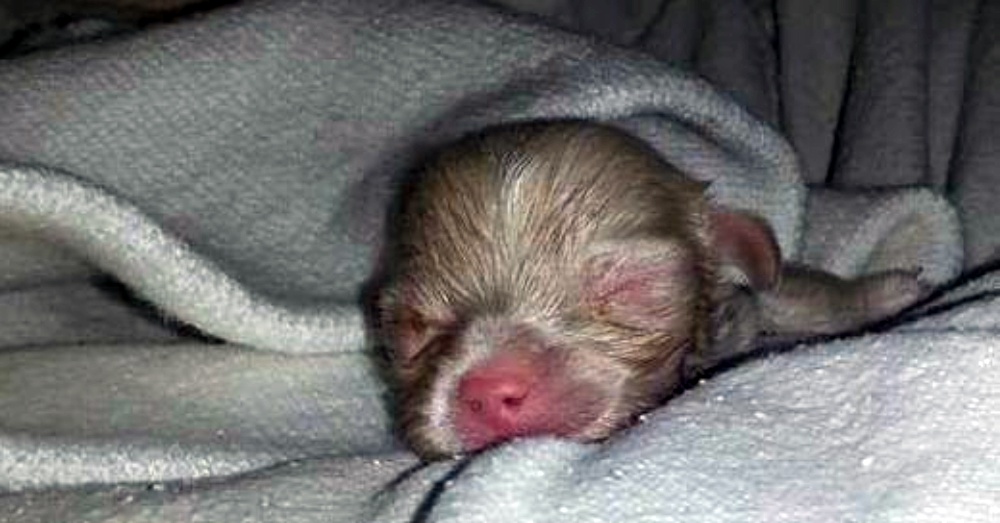 Suffering from Albinism and small size, this little fighter continued to give it his all! After two weeks, Lucky opened his eyes. It was then Reza noticed how badly his right eye was infected. The vet indicated it would have to be removed. And while Lucky couldn’t catch a break, he continued to live up to his name! 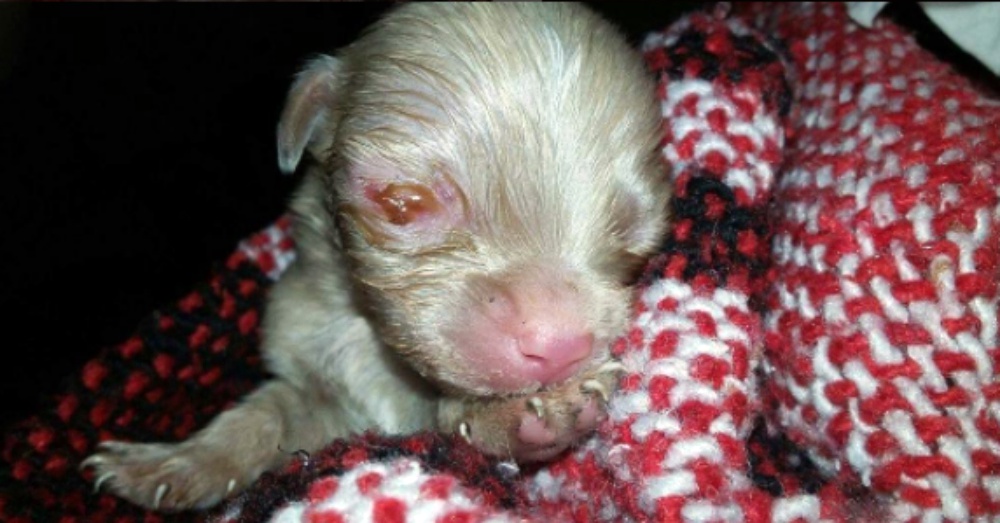 In spite of his sensitive skin that will always be prone to skin cancer, and one eye, this pup LOVES to be outside. Even going to the mailbox makes this cutie run in circles. Reza didn’t want to deprive Lucky from going on adventures so she got him his very own UV protected doggy goggles. And he looks adorable! 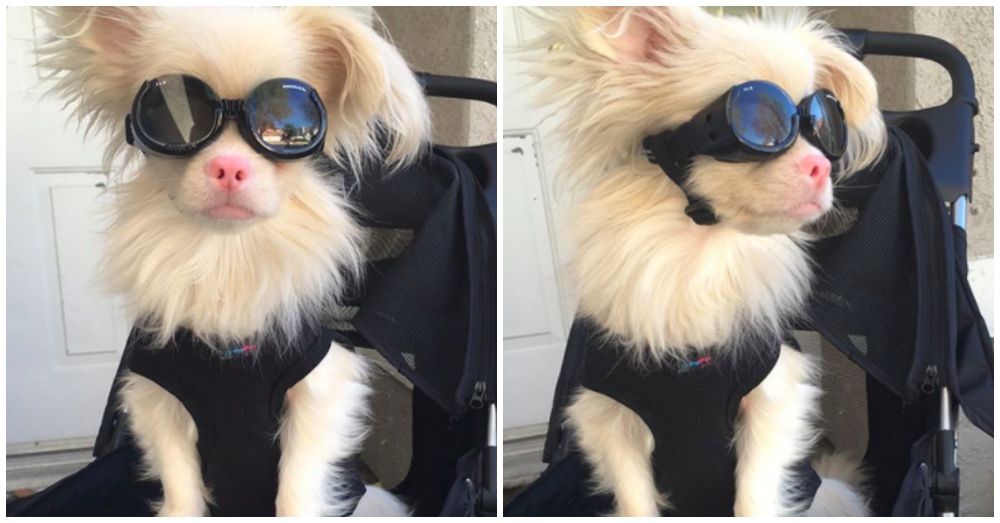 Reza is careful not to expose Lucky to too much sun but if Lucky had it his way, he would be outside all the time! Reza says: “…He can’t help it — he just loves it. He’ll go outside with his goggles and sunblock, and he just loves hearing things and just watching the cars go by.”

What Reza can’t get enough of: His happy spirit! “He brightens up everybody’s day, wherever he goes,” Reza said. “People just smile when they see him. They could be having the worst day ever, and they’ll just look at him and become so happy.” 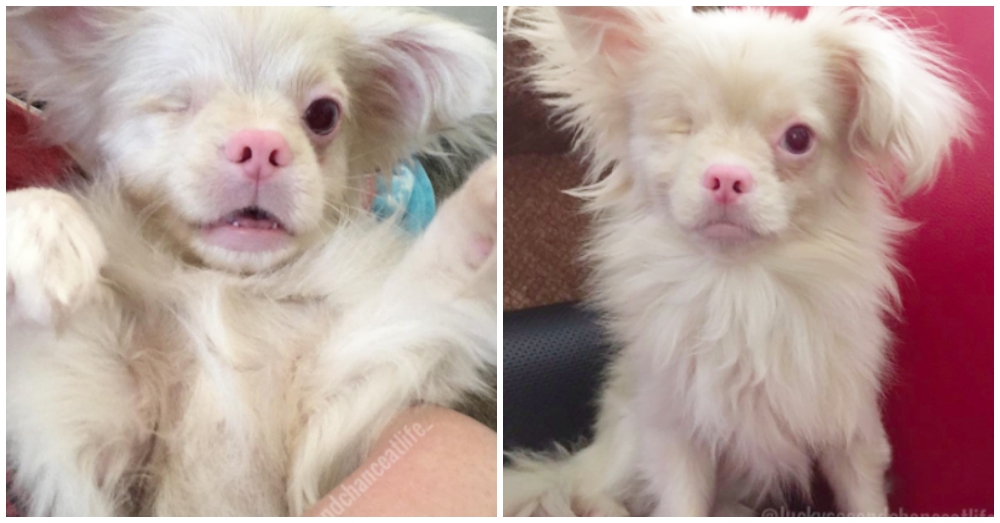 Reza adds, “With Lucky, it just shows me that you can be different, and have all these issues, but you could still be a happy and loving dog.”

In spite of going through so much, and daily struggles, this pup is teaching us that we are all LUCKY to be alive!

1,357,390 pieces of kibble have been donated so far in February.View our site totals and read our FAQ