K-9 Grimm, a veteran police dog, has helped keep Boston safe throughout his ten years on the force.

According to Boston.com, these efforts included scouring the city for explosives following the Boston Marathon Bombing and the resulting stand-off with suspects. The loyal dog also found missing people, detected drugs, and kept dangerous criminals off the streets. 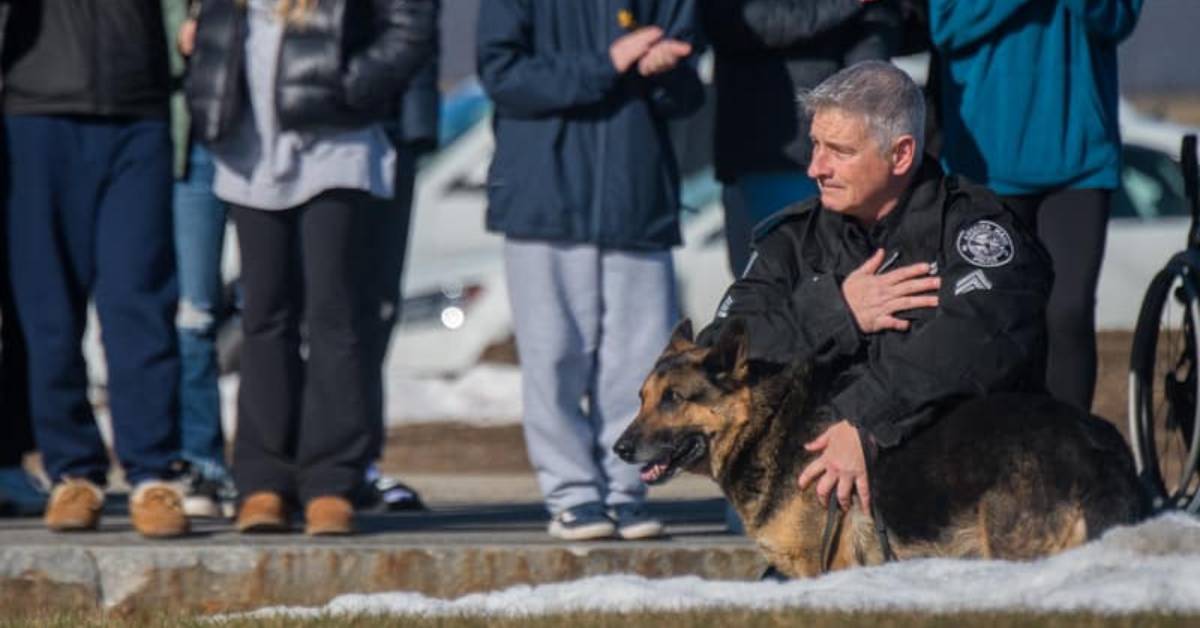 But despite years of always getting the bad guys, K-9 Grimm finally encountered an obstacle he couldn’t beat.

According to the Andover MA Police Department, Grimm was unexpectedly diagnosed with an aggressive form of cancer–forcing the dog’s long-time partner into a difficult position.

“Sergeant Michael “Mickey” Connor unfortunately had to make the toughest decision that any K9 handler will ever have to make,” the department posted on Facebook. 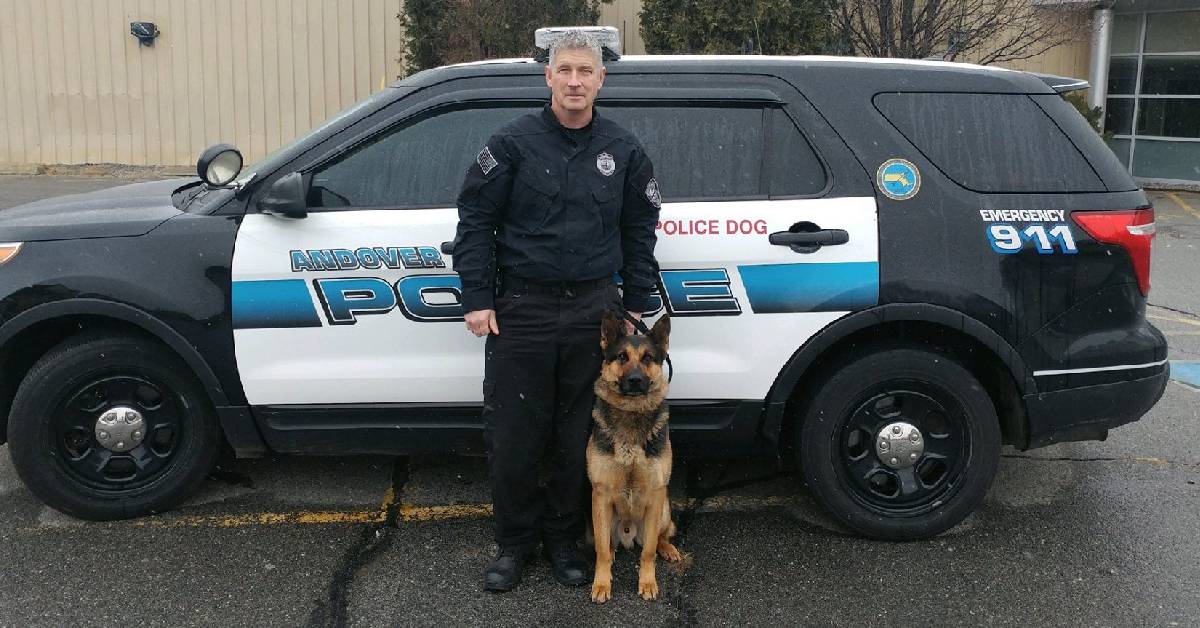 According to the post, K-9 Grimm was ill for several days, leading his worried handler to take him to the vet. But the dog’s test results were far worse than anyone expected.

Upon the vet’s recommendation, Sergeant Connor made the heartbreaking decision to euthanize his long-time partner.

But before K-9 Grimm crossed The Rainbow Bridge, police gave their four-legged partner the heroes’ farewell he deserved. This included a police escort during the dog’s final ride through downtown, giving the community a chance to come out and pay their final respects.

“If you would like to wave or hold a sign of support, Mickey and Grimm will head RIGHT on Central Street, LEFT on School Street, and make a return LEFT onto Main Street traveling north through downtown and back by the police station,” officers wrote, detailing the dog’s final ride. 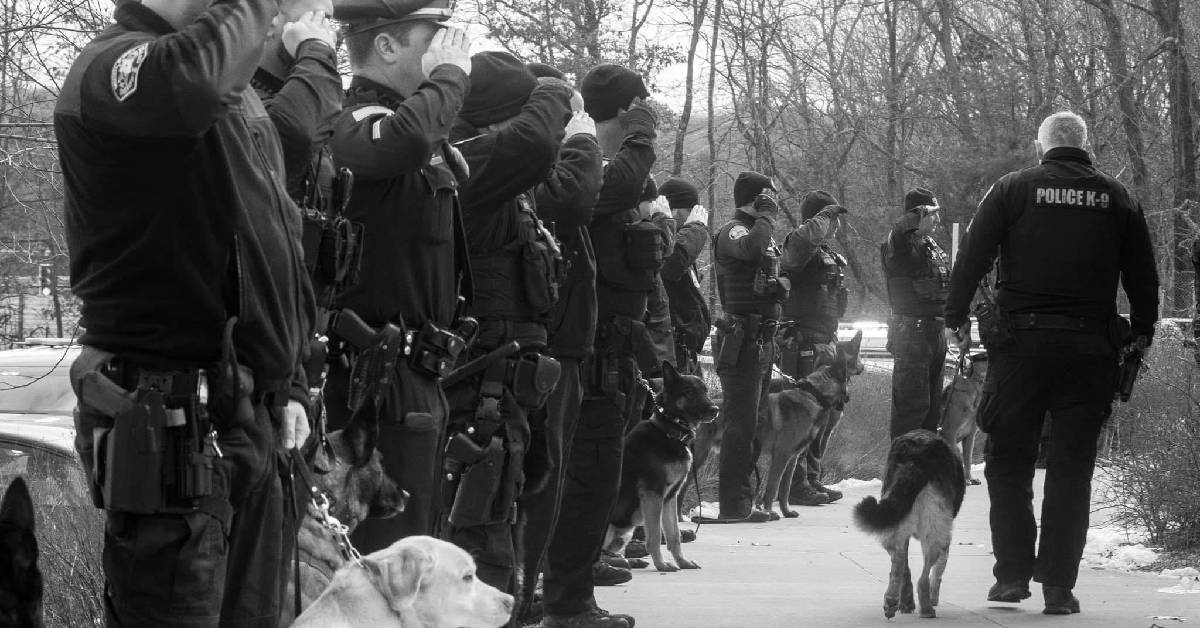 “This will be a tough time for Sergeant Connor and his family as this is the second police K9 they have lost,” K-9 Grimm’s colleagues wrote, referring to another dog, K-9 Niko, who also passed away. “Niko and Grimm were both loved by the Connor family and the APD.”

The Andover Police Department and Chief Patrick Keefe would like to thank NEMLEC, all of the neighboring police…

2,474,720 pieces of kibble have been donated so far in February.View our site totals and read our FAQ