Your Pet Vs. Shelter Pet: What Happens When You Get a Rescue Box?

Just for argument’s sake, let’s say he’s your dog. He loves to chase squirrels, nap in the sunlight, play with squeaky toys, and cuddle with you at the end of a long day. 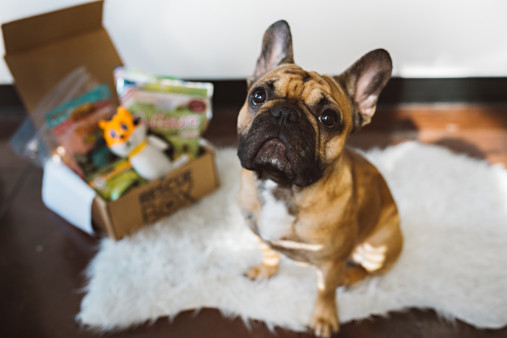 Also for argument’s sake, let’s say she’s a recently-admitted resident at an animal shelter near you. She was rescued from a really bad situation. We don’t need to get into the specifics, but, uhhh… let’s just say her previous owners are serving some time in cages of their own.

Sadie never knew human love until she arrived at the shelter. She’s still a little timid, but she’s a real sweetheart and is slowly warming up to people. She’s a total sucker for behind-the-ear scratches! 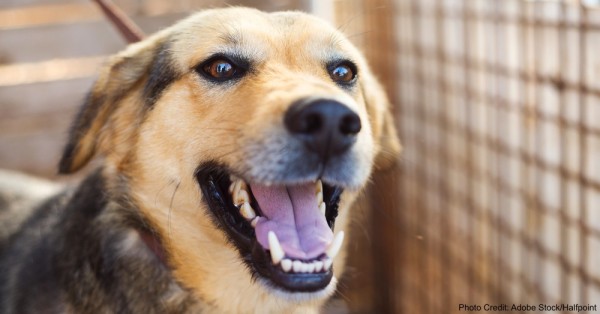 Now, back to Toby, your lovable pooch. He is spoiled rotten because he is your little furbaby, your pampered prince. But what else can you do to show him you love him? Hmmm…

The humans taking care of Sadie, meanwhile, are facing problems, too. Their shelter is a nonprofit organization, so they’re not exactly rolling around in piles of cash, if you know what I mean. They carefully crunch numbers on computers and look at their bank accounts, rubbing the backs of their necks in concern. Will they have enough to feed Sadie and the other animals in their care? Will they be able to afford life-saving vaccinations? 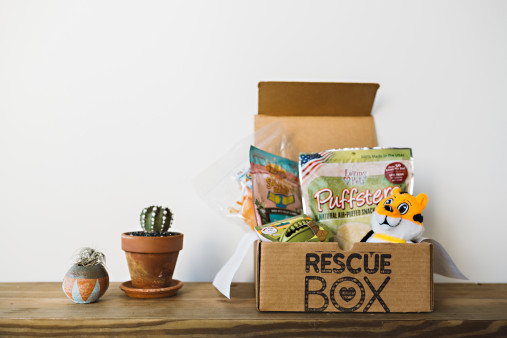 You hear about it from a fellow pet parent—it’s a subscription-based care package for pets. For $29.95 per month, you can get a box of carefully selected treats, toys, and accessories for either dogs or cats. They’ll even tailor your orders to your dog’s size! Best part is, as part of each purchase, a donation is made for food and vaccinations for shelter pets.

Sounds pretty neat, you think. You pay a visit to their website, and not too long after that, you’ve placed an order to receive a year’s worth of monthly shipments.

Your purchase has done more than spoil Toby for a full year, however. For that same year, it has provided 300 pounds of food and vaccinated 120 animals at shelters all over the nation—including Sadie’s. And it’s not just a one-time thing, either. You can renew for the next year, and shelters get all that food and all those vaccinations. EVERY. SINGLE. TIME.

Then a few days later, your first Rescue Box arrives. As promised, it’s filled with all sorts of doggie goodies. 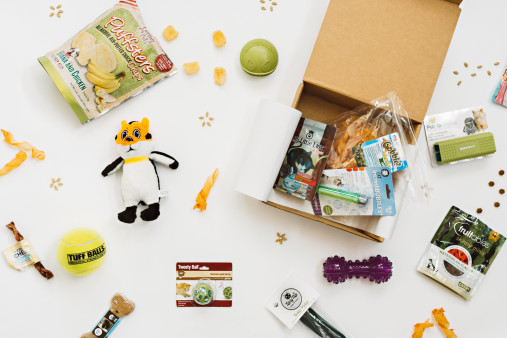 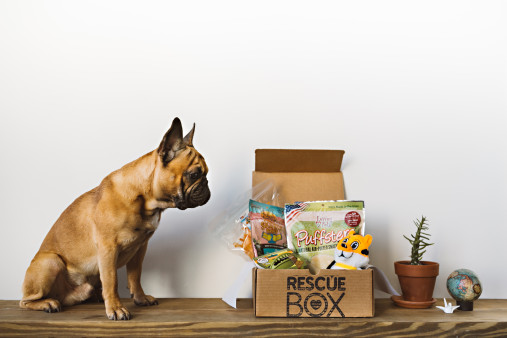 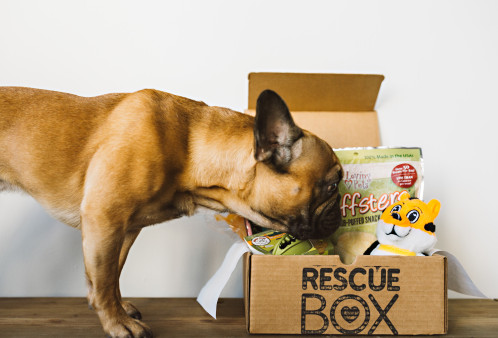 “Hmm, what’s this?” That’s what he seems to be thinking! 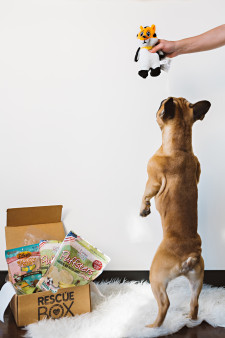 Ooh, he likes the plushie! 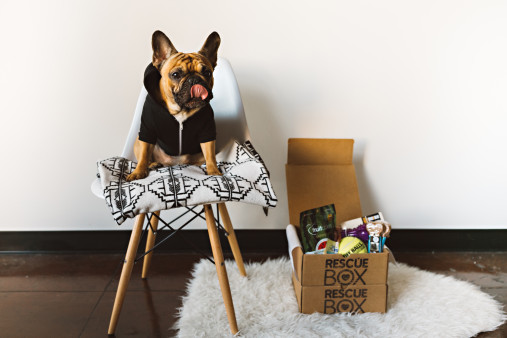 Yup. I think it’s safe to say this Rescue Box delivery was a raving success!

So Toby’s happy. What about Sadie?

Well, we’ve got some good news: she’s been adopted! Yeah, her forever family took her home just the other day! They’re really great people—a young couple with two little boys under the age of five. They all adore Sadie, and feelings are mutual. This sweet little girl had a rough start, but thanks to the shelter—and you—she got a second chance at life.

And it’s looking like this one will be pretty darned amazing.

Rescue Box pampers your cat or dog while saving lives!

30,799,950 pieces of kibble have been donated so far in June.View our site totals and read our FAQ