Capt. Jack Sparrow, a pit bull, was adopted in 2009 from Alive Rescue in Chicago when he was just six months old. Today, he is eight years old and is a great example of how sweet pit bulls can actually be. Pit bulls unfortunately get a bad rap, but Sparrow is friendly and affectionate.

He attends doggie daycare, where staff uses him to teach manners to the new dogs and puppies there because he is so calm and patient. Not only is he friendly with humans, but he’s also an animal lover. He has befriended all kinds of animals from rats and birds to squirrels and kittens. But one kitten in particular stole Sparrow’s heart. 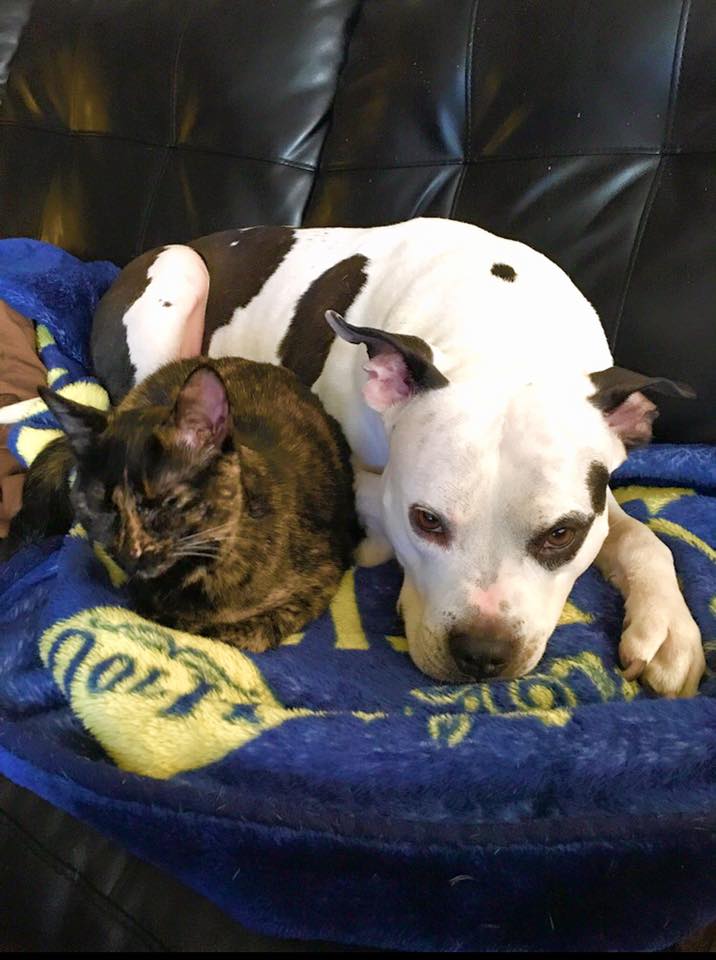 Sparrow’s human wound up adopting a kitten from Jackson, Michigan when she was just eight weeks old. Her mother was a feral cat who was rescued and brought to the vet before she gave birth to her litter of five kittens. 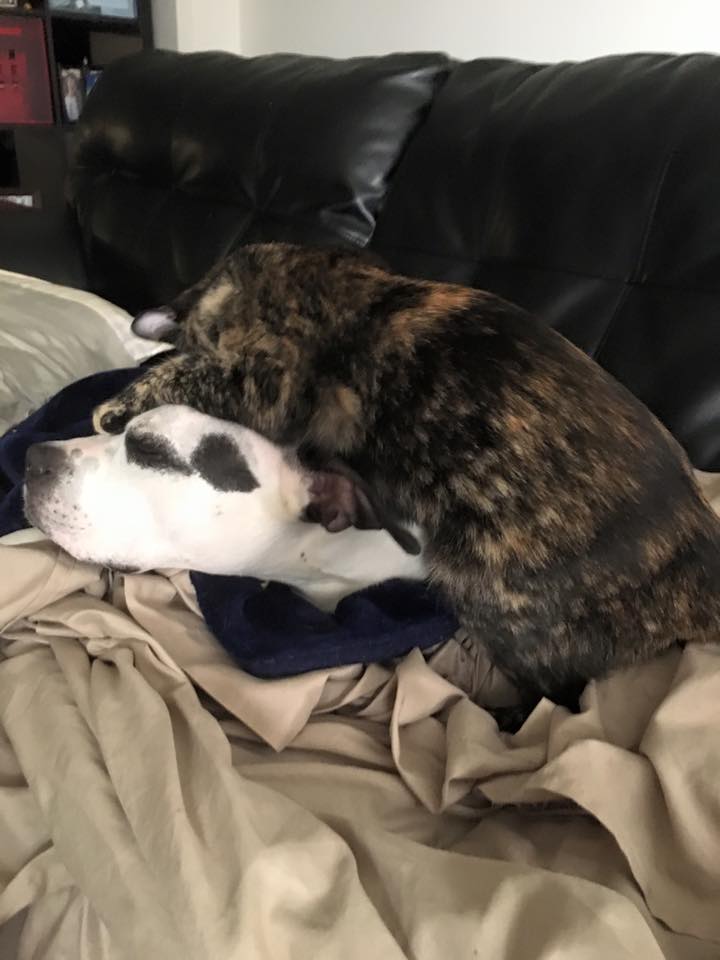 All five of the kittens, as well as the mother, have all been adopted into loving homes. This kitten was named Berty, short for Liberty, since her “freedom ride” to her new home in Chicago was on the fourth of July last year. 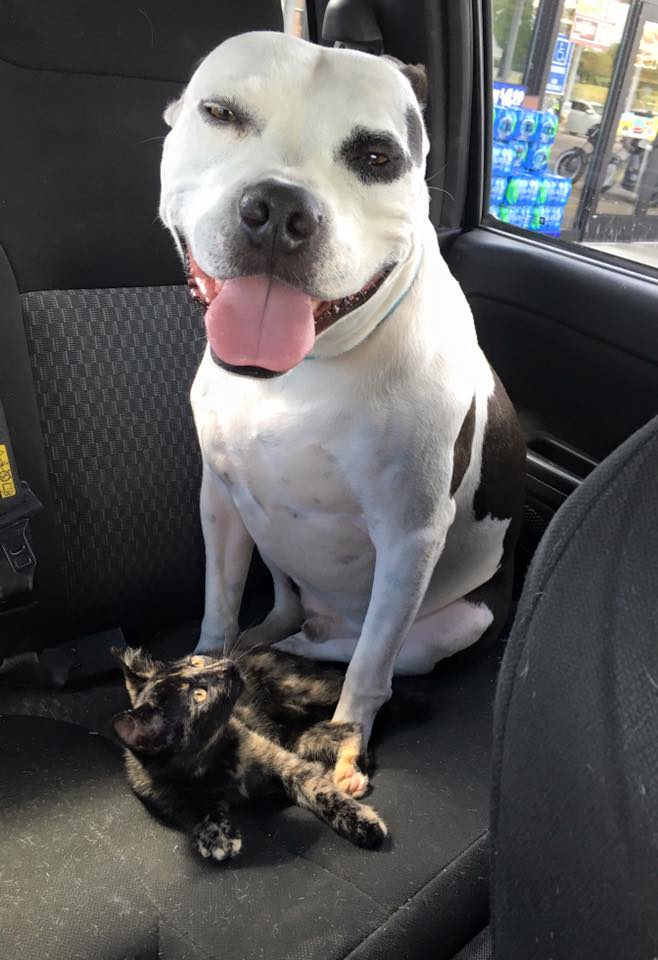 When Berty arrived at her new forever home, she and Sparrow hit it off immediately. She followed Sparrow around everywhere, and of course Sparrow didn’t mind his new constant shadow. They developed a very special bond very quickly. 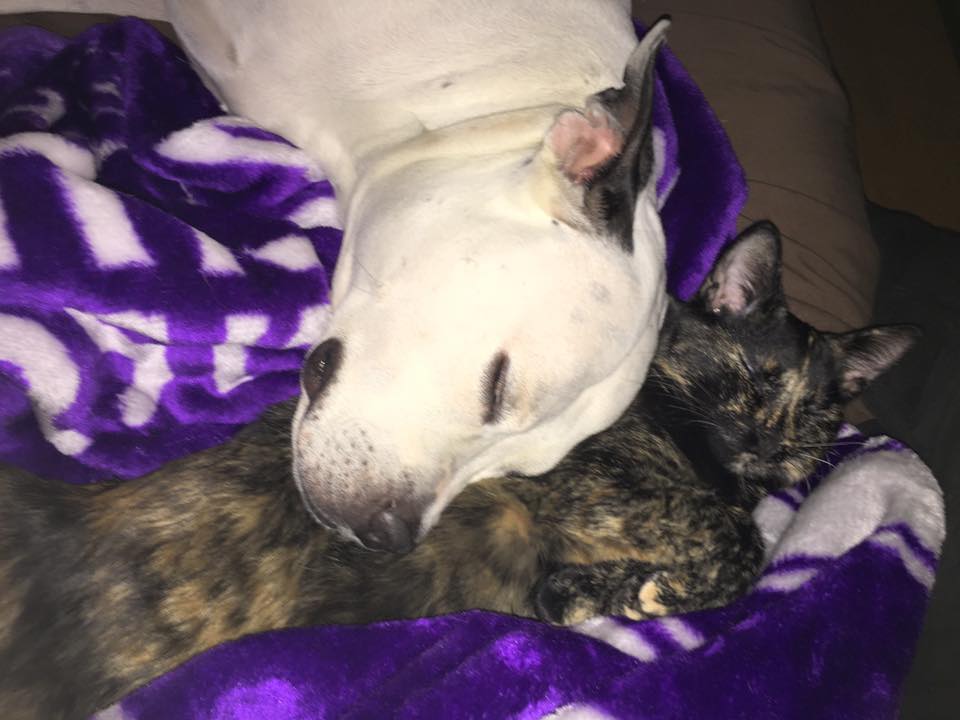 Now, a year later, they’re still the best of friends. They are completely inseparable and do everything together. They play and cuddle together all the time, and Berty even licks and grooms Sparrow. 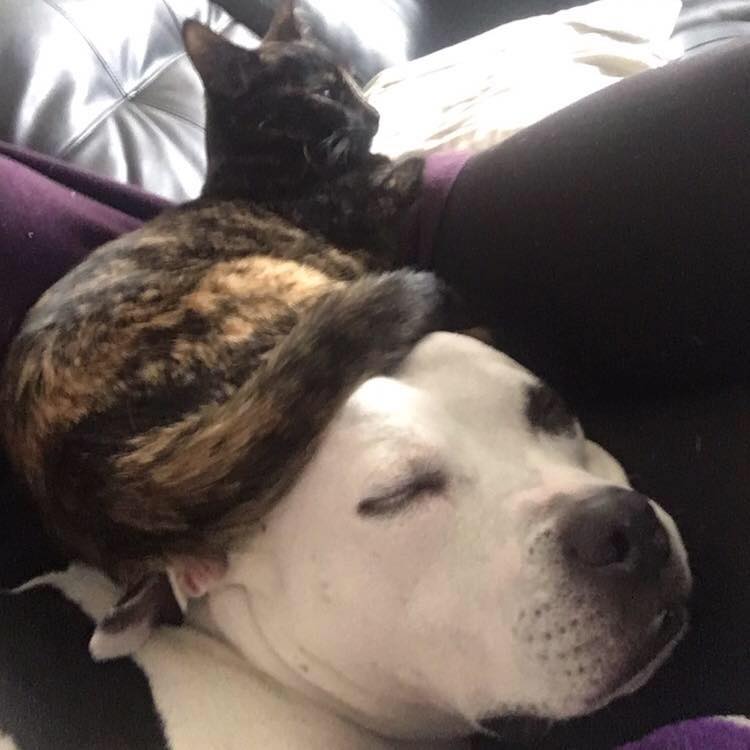 It’s amazing how well these two get along. It just proves that friendship and love knows no species! Watch this adorable duo in the video below, and click here to follow their adventures on their Facebook page.

Sparrow and Berty are both rescue animals. They were given a second chance and are now living the best life. You could make shelter animals just as happy. If you’re interested in a cat or dog, check your local shelters and be sure to adopt, not shop!

28,695,340 pieces of kibble have been donated so far in January.View our site totals and read our FAQ